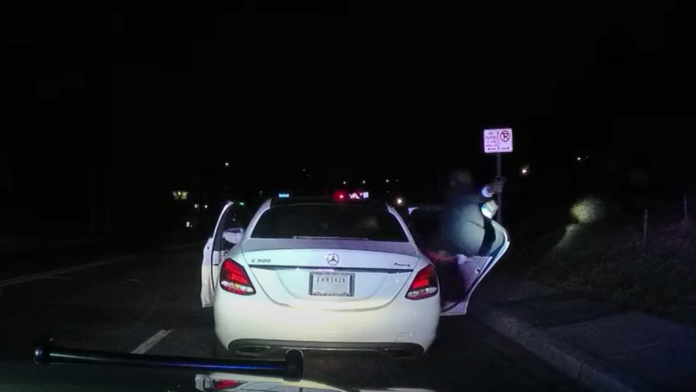 The Maryland Attorney General on Wednesday released video from the fatal police-involved shooting that occurred on December 29, 2021, in Montgomery County. The man who was killed was identified as 27-year-old Osman Sesay of Silver Spring.

According to the AG: On December 29, at 4:25 a.m., an off-duty Montgomery County police officer was alerted to a shooting in the 900 block of Bonifant Street in Silver Spring. The off-duty officer relayed a secondhand description of the suspect’s car to on-duty officers who were responding to the scene to assist.

At 4:29 a.m., officers observed a car matching that description driving in the area of Wayne Avenue and Dartmouth Avenue in Silver Spring and made a traffic stop. Sesay got out of the car contrary to officers’ orders and pointed a handgun at them. Four officers fired at him. Sesay was pronounced dead on the scene. None of the officers was injured. Sesay’s weapon, a handgun, was recovered from the scene.

The body-worn cameras of the involved officers were active during the incident. The Independent Investigations Division will generally release body camera footage or dashboard camera footage within 14 days of an incident. There may be situations where more than 14 days is necessary, including if investigators need more time to complete witness interviews, if there are technical delays caused by the need to shield the identities of civilian witnesses, or to allow family members to view the video before it is released to the public.