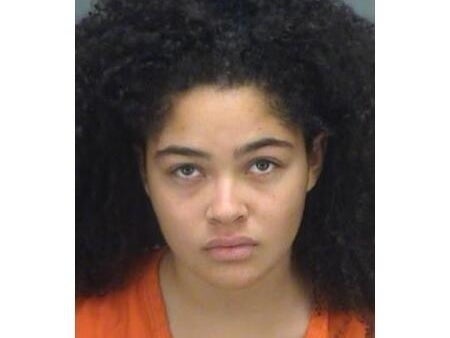 According to detectives, their investigation began on October 4, 2019, after the Florida Department of Children and Family received a report alleging sexual abuse involving the six-year-old victim.

Detectives say their investigation revealed Erica Charles was babysitting the 6-year-old victim at the victim’s home between August 2019 and September 2019. While at the residence, Charles showed the female victim pornographic videos on her cell phone and directed the victim to perform a sex act on Charles. Charles also removed the victims clothing and sexually battered the victim on multiple occasions.

Detectives interviewed Charles, who admitted to the above charges. Charles was arrested at about 2:33 p.m. on Monday, October 7, 2019, at the Sheriff’s Administrative Building, located at 10750 Ulmerton Road in Largo. Charles was transported to Pinellas County Jail without incident.

Detectives say there may be more victims and they are requesting the public to come forward with any information regarding inappropriate contact Charles may have had with other children.

Anyone with information regarding other potential victims is asked to contact Detective Pione or Detective Geoghegan with the Crimes Against Children Unit at (727) 582-6200.