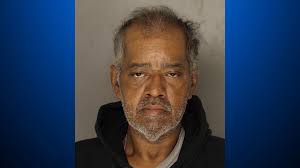 PITTSBURGH, PA – A resident of Pittsburgh, Pennsylvania, has been indicted by a federal grand jury in Pittsburgh on a charge of attempted bank robbery, United States Attorney Scott W. Brady announced today.

The one-count Indictment, returned on October 8, named Emanuel Luna, 54, as the sole defendant. According to the Indictment and criminal complaint, Luna, while in wheelchair, attempted to rob the First National Bank, located at 1114 East Carson Street, Pittsburgh, PA, on August 13, 2019. Upon entering the bank, Luna approached the teller counter and handed the teller a note that stated he had a bomb and “will press the button and kill us all for no less than $50,000.” Luna left the bank prior to receiving money from the teller. Surveillance video following the attempted robbery shows Luna using a cane to walk.