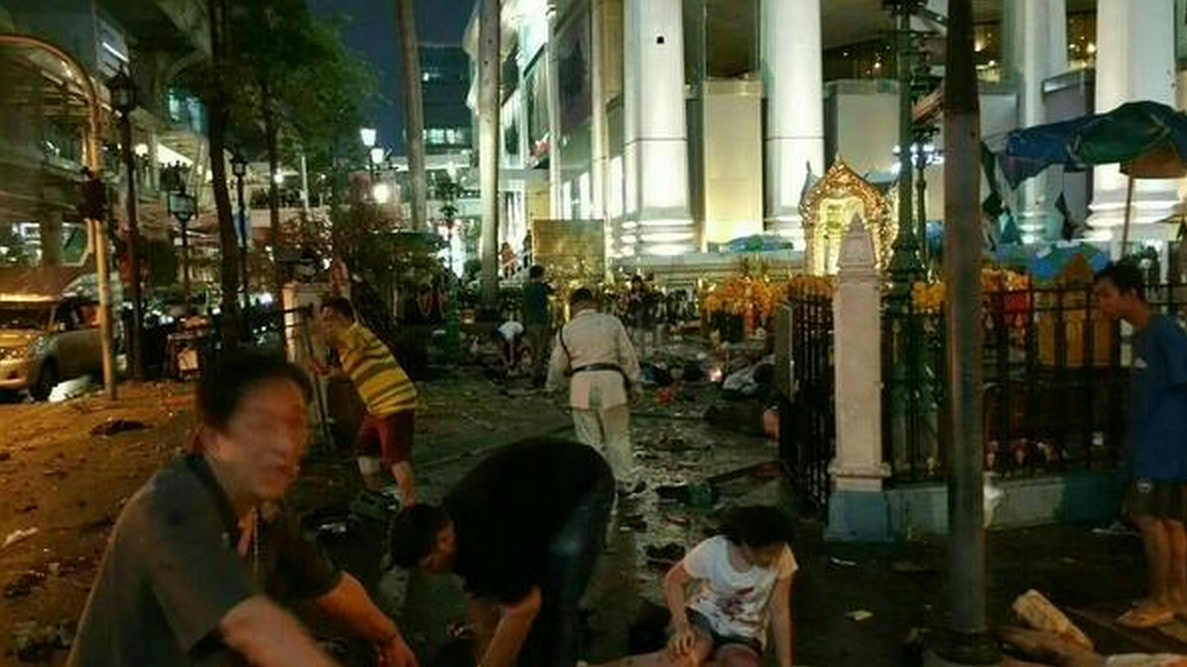 WATCH LIVE: (Scroll Down) Local TV has reported that at least 27 are dead and that 80 others are injured and quoted police as saying it was caused by a bomb.

A BBC Corespondent says there is a huge amount of chaos with body parts scattered everywhere and a crater that does indicate a bomb attack.

If this confirmed, he says, it would be rare for the capital.

The attack took place close to the Erawan Shrine in the capital’s central Chidlom district.

A BBC correspondent says this a very well known shrine in the centre of Bangkok, next to a five-star hotel.

VIDEO: Footage of the moment of the explosion in #Bangkok today. pic.twitter.com/6pc5lojXqR – @dekdue_03

National police spokesman Lt Gen Prawut Thavornsiri told Agence France-Presse news agency: “I can confirm it was a bomb, we can’t tell which kind yet, we are checking.” 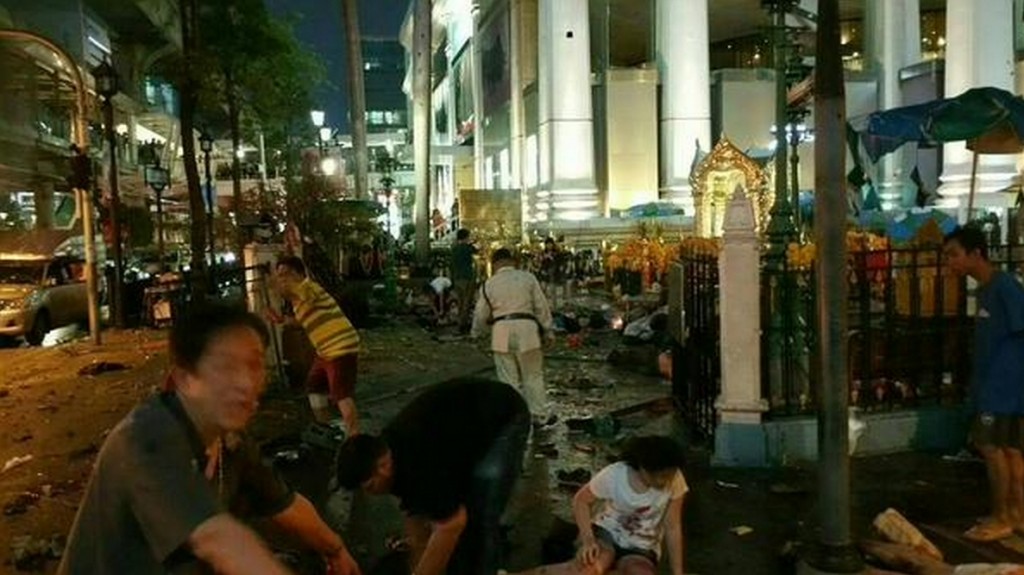 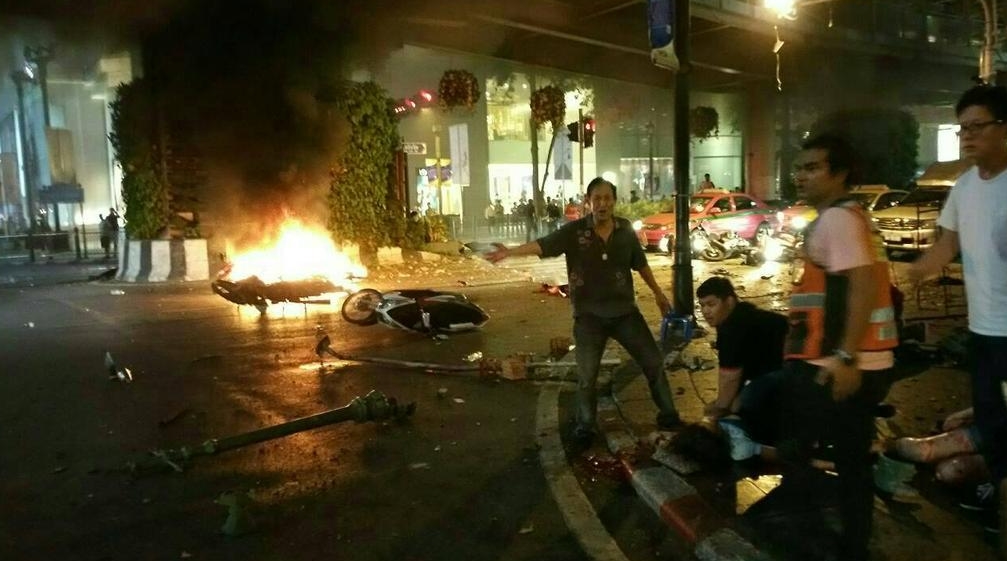 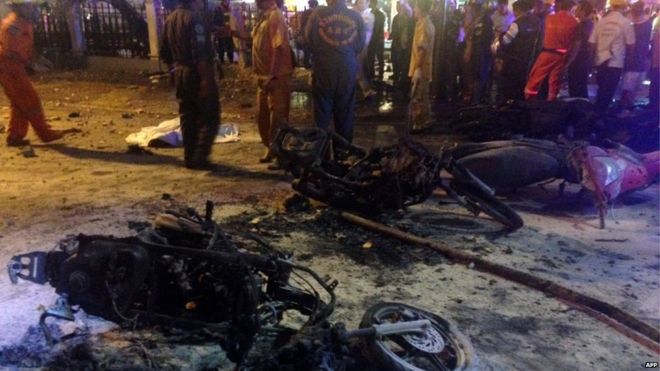 This is a developing story and additional information will be added.