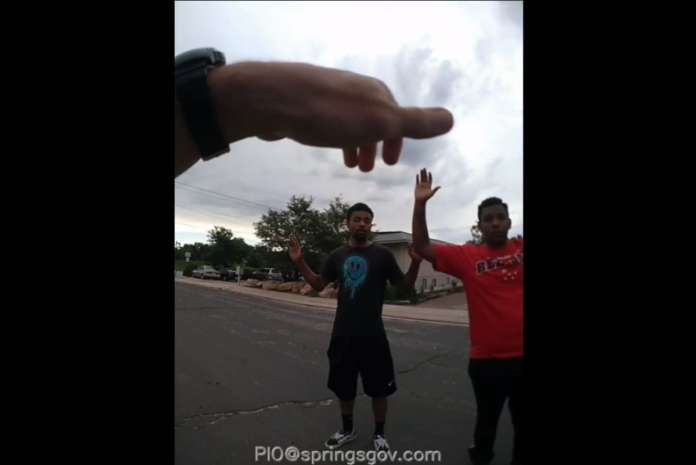 KRDO reported: The video appears to show Bailey holding an item in his waistband while running away from police officers. That’s when the officers open fire before Bailey falls to the ground. When the officers get to Bailey, they appear to find a gun in between his legs.

The video doesn’t appear to show Bailey point the gun at officers, but officers can use deadly force if they know a fleeing suspect has a deadly weapon.

The shooting is being investigated.