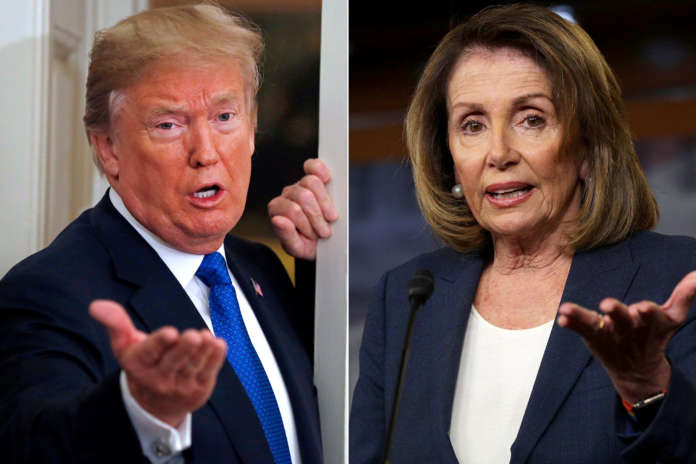 WASHINGTON — On the orders of President Donald Trump, the head of the Iranian Revolutionary Guard Corps-Quds Force, Qasem Soleimani, was killed in an airstrike at the Baghdad International airport Thursday.

Representative Eliot L. Engel and Speaker Nancy Pelosi issues the following statements, expressing outrage that Congress was not notified of the operation prior to the airstrike.

Speaker Nancy Pelosi issued this statement after the Trump Administration conducted a deadly airstrike targeting Iranians and Iraqis at the Baghdad International Airport:

“American leaders’ highest priority is to protect American lives and interests. But we cannot put the lives of American servicemembers, diplomats and others further at risk by engaging in provocative and disproportionate actions. Tonight’s airstrike risks provoking further dangerous escalation of violence. America – and the world – cannot afford to have tensions escalate to the point of no return.

“The Administration has conducted tonight’s strikes in Iraq targeting high-level Iranian military officials and killing Iranian Quds Force Commander Qasem Soleimani without an Authorization for Use of Military Force (AUMF) against Iran. Further, this action was taken without the consultation of the Congress.

“The full Congress must be immediately briefed on this serious situation and on the next steps under consideration by the Administration, including the significant escalation of the deployment of additional troops to the region.”

Representative Eliot L. Engel, Chairman of the House Committee on Foreign Affairs, this evening made the following statement:

“Qasem Soleimani was the mastermind of immense violence, suffering, and instability. He had the blood of Americans on his hands and I won’t grieve his death. But many will consider him a martyr and I’m deeply concerned about the repercussions of tonight’s strike.

“Iran is the world’s most prolific state sponsor of terrorism. The regime in Tehran and its proxies have global reach that they may use to seek retribution for this strike, endangering the lives of Americans around the world. And we are now again on the brink of direct confrontation in the Middle East. Tonight’s action represents a massive escalation in our conflict with Iran with unpredictable consequences.

“Finally, this strike went forward with no notification or consultation with Congress. To push ahead with an action of this gravity without involving Congress raises serious legal problems and is an affront to Congress’s powers as a coequal branch of government. Even if this strike was in self-defense, no current congressional authorization covered it and the President needs to notify Congress within 48 hours pursuant to the War Powers Resolution. The law requires notification so the President can’t plunge the United States into ill-considered wars. We must also hear without delay from senior officials about this action and their plans to deal with the aftermath.”

PENTAGON: "At the direction of the President, the U.S. military has taken decisive defensive action to protect U.S. personnel abroad by killing Qasem Soleimani, the head of the Iranian Revolutionary Guard Corps-Quds Force."https://t.co/wkm3JYT6QW pic.twitter.com/BHxtM3LXIK