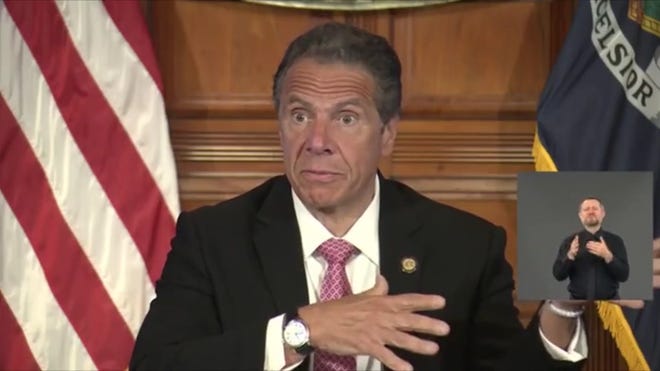 Today the Justice Department requested COVID-19 data from the governors of states that issued orders which may have resulted in the deaths of thousands of elderly nursing home residents. New York, New Jersey, Pennsylvania, and Michigan required nursing homes to admit COVID-19 patients to their vulnerable populations, often without adequate testing.

For example, on March 25, 2020, New York ordered: “No resident shall be denied re-admission or admission to [a nursing home] solely based on a confirmed or suspected diagnosis of COVID-19. [Nursing homes] are prohibited from requiring a hospitalized resident who is determined medically stable to be tested for COVID-19 prior to admission or readmission.”

“Protecting the rights of some of society’s most vulnerable members, including elderly nursing home residents, is one of our country’s most important obligations,” said Assistant Attorney General for Civil Rights Division Eric Dreiband. “We must ensure they are adequately cared for with dignity and respect and not unnecessarily put at risk.”

On March 3, 2020, the Attorney General announced the Justice Department’s National Nursing Home Initiative. This is a comprehensive effort by the department, led by the Elder Justice Initiative and in strong partnership with the U.S. Department of Health and Human Services that uses every available tool to pursue nursing homes that provide substandard care to their residents. As announced on April 10, 2020, the department is also investigating the Soldiers’ Home in Holyoke, Massachusetts, where COVID-19 has taken the lives of at least 76 residents.