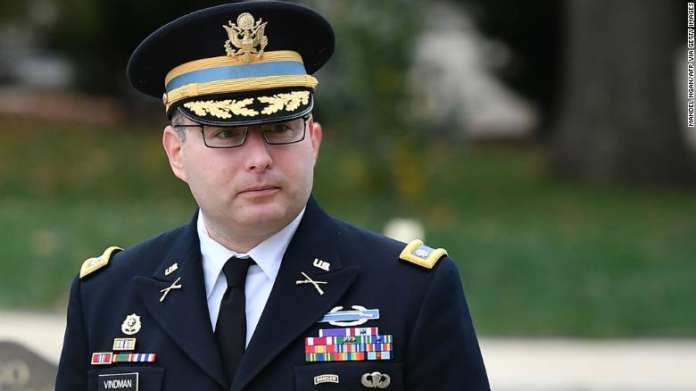 Attorney David Pressman said, “There is no question in the mind of any American why this man’s job is over, why this country now has one less soldier serving it at the White House. LTC Vindman was asked to leave for telling the truth. His honor, his commitment to right, frightened the powerful. The truth has cost LTC Alexander Vindman his job, his career, and his privacy.”

“The most powerful man in the world – buoyed by the silent, the pliable, and the complicit” had “decided to exact revenge” on Vindman.

Vindman came to national attention in October 2019 when he testified before the United States Congress regarding the Trump–Ukraine scandal.