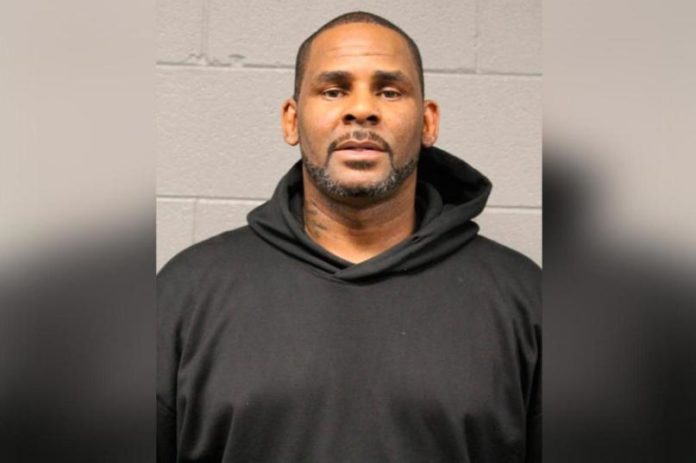 The indictment accuses Kelly of engaging in sex acts with five minors and recording some of the abuse on multiple videos.

The indictment also charges Kelly with conspiring to intimidate victims and conceal evidence in an effort to obstruct law enforcement, including an investigation in the 2000s that resulted in his trial in 2008 in Cook County on state child pornography charges.

Kelly was indicted on the following charges:

A separate federal indictment was also unsealed in the Eastern District of New York charging Kelly with racketeering for allegedly operating a criminal enterprise that promoted Kelly’s music and recruited women and girls to engage in illegal sexual activity.

Kelly is an award-winning recording artist and record producer who has operated various music businesses in Chicago.

According to the indictment in the Northern District of Illinois, Kelly met the five victims in the late 1990s. Kelly engaged in sex acts with the victims while they were all under the age of 18, and he created numerous explicit videos with four of them, the indictment states.

The charges allege that Kelly and McDavid in 2001 began paying an acquaintance hundreds of thousands of dollars to collect the videos for the purpose of concealing and covering up their existence.

When the acquaintance later planned to hold a news conference to publicly announce that he recovered the videos, Kelly, McDavid and others paid him about $170,000 in exchange for agreeing to cancel the event, the indictment states.

Kelly and McDavid also agreed to pay one of the minors and another individual for their efforts to return the videos, but only after they took polygraph examinations to confirm they returned all copies in their possession, the charges allege.

The indictment seeks forfeiture of a personal money judgment of about $1.55 million.

The public is reminded that charges contain only accusations and are not evidence of guilt. The defendants are presumed innocent and entitled to a fair trial at which the government has the burden of proving guilt beyond a reasonable doubt.

Producing child pornography carries a mandatory minimum sentence of 10 years in prison and a maximum of 20 years.

The maximum sentence for enticing a minor is 10 years.

Conspiracy to obstruct justice is punishable by up to five years.

If convicted, the Court must impose reasonable sentences under federal sentencing statutes and the advisory U.S. Sentencing Guidelines.

If you believe you are a victim of sexual exploitation by Robert Sylvester Kelly, you are encouraged to contact HSI’s confidential tip line by calling 1-866-DHS-2-ICE (1-866-347-2423) or its online tip form. The service is available 24 hours a day, seven days a week.

This investigation was conducted under HSI’s Operation Predator, an international initiative to protect children from sexual predators. Since the launch of Operation Predator in 2003, HSI has arrested more than 19,000 individuals for crimes against children, including the production and distribution of online child exploitation material, traveling overseas for sex with minors, and sex trafficking of children. In fiscal year 2018, more than 3,000 (3,191) child predators were arrested by HSI special agents under this initiative and more than 850 (859) victims identified or rescued.