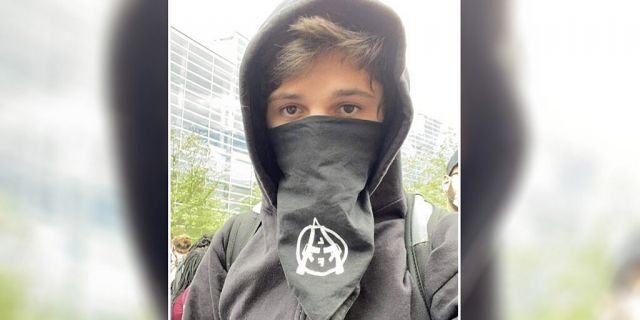 Pittsburgh — 20-year-old Brian Jordan Bartels has turned himself in to police after being accused of rioting in Pittsburgh.

Police secured the warrant as part of an investigation into Bartels who allegedly incited Saturday’s violence by breaking the windows out of a marked Pittsburgh Police vehicle Uptown, “against the wishes of peaceful protesters who tried to stop him,” officials said.

Bartels was not in the home, but investigators seized evidence linking him to the crime.

According to WPXI, the search warrant “found that police found several items inside the home including 2 firearms, books, gloves, cans of spray paint, indica, and a sweatshirt with white writing on the front was found on top of the dryer in the laundry room.”

Bartels faces charges of institutional vandalism, rioting, and reckless endangerment of another person.