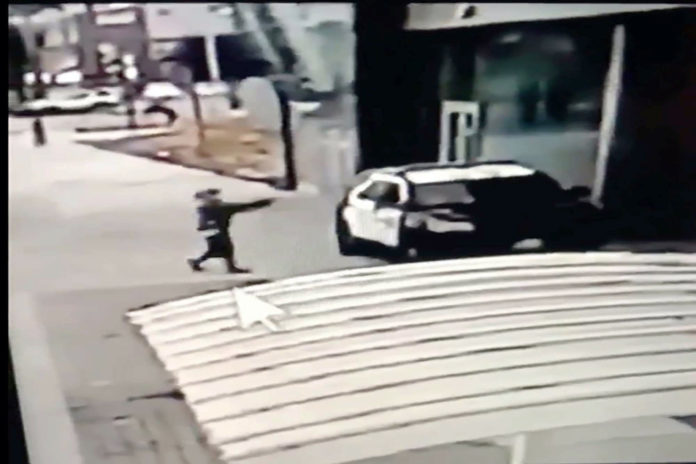 CALIFORNIA — The man accused of shooting two Los Angeles County Sheriff’s deputies during an ambush in Compton earlier in September has been arrested, officials say.

WATCH: Ambushed Female Deputy Who Was Shot In The Face Still Applies Tourniquet To Her Partner’s Wounds

The suspect approached the vehicle from behind and fired several rounds from his firearm at the deputies, striking them. The deputies sustained critical injuries.

Update: The gunman walked up on the deputies and opened fire without warning or provocation. pic.twitter.com/cBQjyKkoxJ

“Despite being critically injured, the deputies valiantly cared for each other’s wounds and safety, communicated their location and plight to others, and tactically prepared for another attack,” the department said.

The suspect at the time was described as a male Black 28-30 years-old, wearing dark clothing. The Los Angeles County District Attorney’s Office is expected to reveal further details at a news conference.