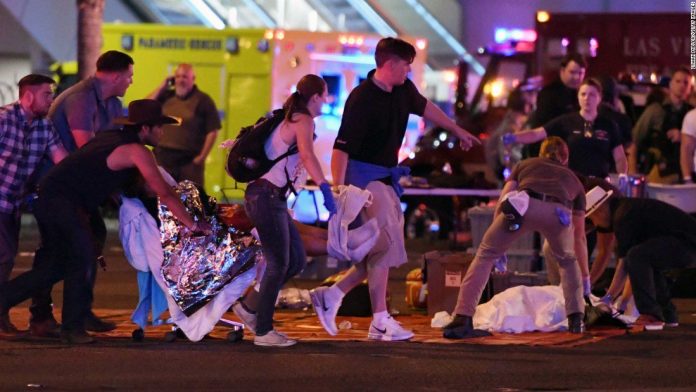 At least 58 people were killed and 515 more were injured after a gunman opened fire from a Las Vegas high-rise Sunday night.

The shooter opened fire from the 32nd floor of the Mandalay Bay Resort and Casino as a Jason Aldean concert was underway–making it the deadliest mass shooting in modern United States history.

The gunman, who was later found dead by police in a hotel room, has been identified as 64-year-old Stephen Paddock. 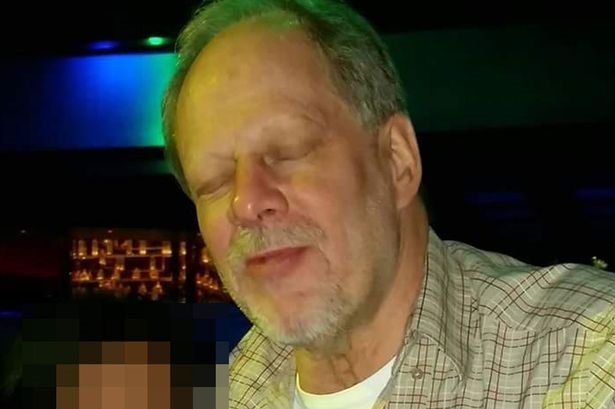 “The gunshots lasted for 10-15 minutes. It didn’t stop. We just ran for our lives,” witness Rachel De Kerf told CNN. “The band was rushed off the stage, the floodlights came on the crowd, and you see on the right hand of the stage the person who was injured, so they’re calling for medics, calling for security, then there was gunfire again,” her sister told the network.

President Donald Trump tweeted “My warmest condolences and sympathies to the victims and families of the terrible Las Vegas shooting. God bless you!”

My warmest condolences and sympathies to the victims and families of the terrible Las Vegas shooting. God bless you!

Witnesses say a woman, later identified as a person of interest, told concert-goes they were “all going to die tonight” before she was escorted from the area by police—-the woman has been detained by Las Vegas Police.

Video posted to social media showed the chaos as the incident took place.

Concertgoers duck after gunman opens fire at Mandalay Bay Resort in Las Vegas; President briefed on Las Vegas shooting, “all of those affected are in our thoughts & prayers”pic.twitter.com/Y1oLA8vd0E

The Daily Mail reported: The brother of the Las Vegas shooter said that he was a normal guy who must have ‘snapped’ before carrying out the worst mass shooting in American history.

[…]  Eric Paddock said that ‘something happened’ to make his brother Stephen kill at least 50 people and injure 200.

Eric said that there was ‘absolutely no indication he could do something like this’ and said that Stephen had no political or religious affiliation.

He said: ‘He was just a guy. Something happened, he snapped or something’.
Speaking from his home in Orlando, Florida, Eric said: ‘We know absolutely nothing, this is just, we are dumbfounded.

Paddock opened fire on a crowd of more than 22,000 concert-goers from his hotel room on the 32nd floor of the Mandalay Bay Hotel on Sunday evening at approximately 10:08 p.m. The victims were across the street attending the Route 91 Harvest Festival concert when bullets rang out.

LVMPD SWAT responded to the call, breached the hotel room and found the suspect dead.

The Clark County Fire Department estimated that approximately 406 people were transported to area hospitals and 50 are dead following Sunday evening’s shooting. Among the dead is an LVMPD officer who was off-duty at the time. His name is being withheld pending notification of next of kin. There were also two on-duty officers injured, one of whom was upgraded recently from critical to stable condition. The other sustained non-life threatening wounds.

“We have no idea what his belief system was,” police told reporters. “Right now, we believe he was the sole aggressor and the scene is static.”

An Islamic State-affiliated news agency has claimed responsibility for the attack although a motive for the crime remains under investigation, according to police.