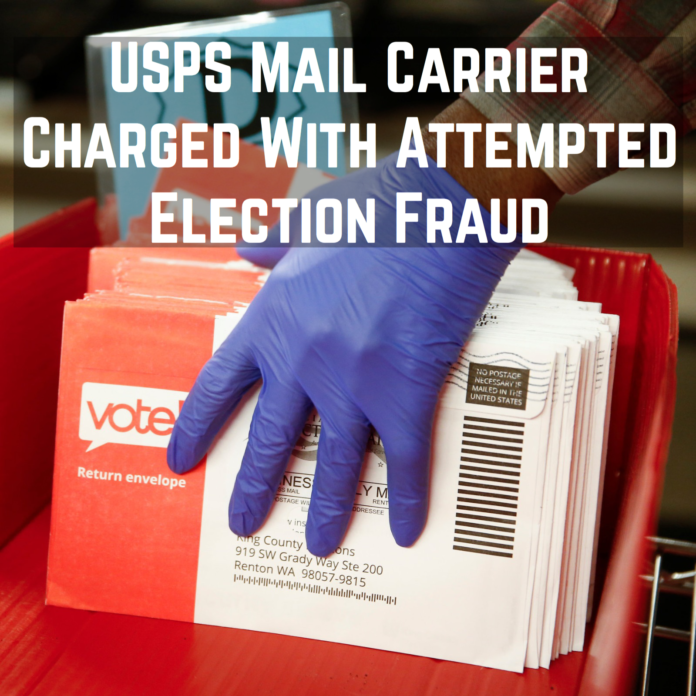 Cooper, age 47, of Dry Fork, West Virginia, is charged with “Attempt to Defraud the Residents of West Virginia of a Fair Election.” According to the affidavit filed with the complaint, Cooper held a U.S. Postal Service contract to deliver mail in Pendleton County. In April 2020, the Clerk of Pendleton County received “2020 Primary Election COVID-19 Mail-In Absentee Request” forms from eight voters on which the voter’s party-ballot request appeared to have been altered.

The clerk reported the finding to the West Virginia Secretary of State’s office, which began an investigation. The investigation found five ballot requests that had been altered from “Democrat” to “Republican.” On three other requests, the party wasn’t changed, but the request had been altered.

Cooper was responsible for the mail delivery of the three towns from which the tampered requests were mailed: Onego, Riverton, and Franklin, West Virginia. According to the affidavit, Cooper admitted to altering some of the requests, saying it was a joke.