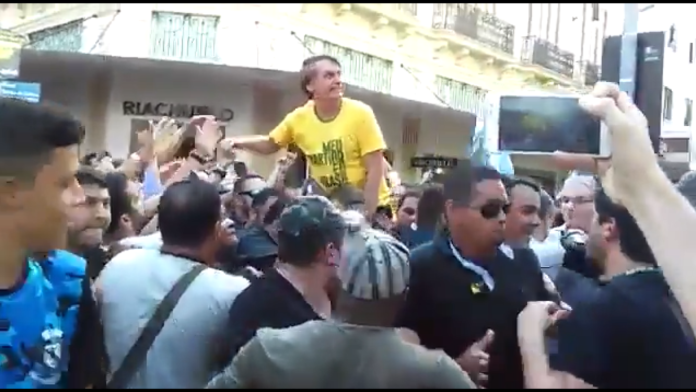 Rio De Janeiro — A candidate in Brazil’s presidential election, Jair Bolsonaro, has been wounded in a stabbing attack. His son says he is expected to survive his wounds.

Bolsonaro was stabbed in the abdomen. It was unclear if the assailant was captured.

An eyewitness captured the incident on video:

A highly controversial figure in Brazil, he is known for his far-right and populist political views, including sympathetic comments about Brazil’s 1964–1985 military dictatorship.