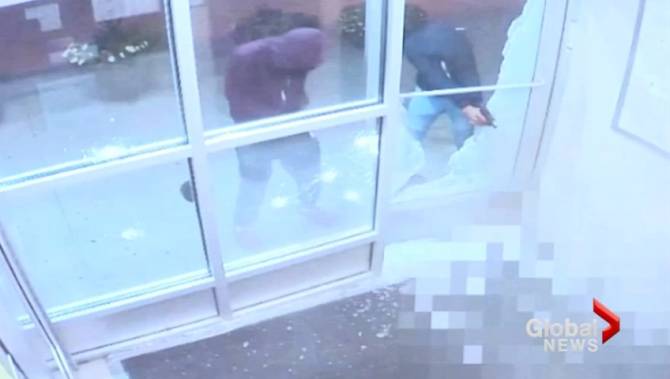 Toronto, ON – (Scroll down for video) — The Toronto Police Service is requesting the public’s assistance with a homicide investigation from 6 Glamorgan Ave. on Thursday, September, 14, 2017, at 2:54 a.m. Anthony Soares, 33, died as a result of the shooting. Soares was standing in the lobby of the building requesting access to the building when a four-door white Ford Fusion pulls up and two criminal suspects approach the lobby and open fire.

The victim is a friend of Canadian rapper Drake.

“It certainly was very targeted. It was focused,” Det. Sgt. Gary Giroux said. “It was certainly overkill.” “The deceased is trapped between the inner foyer area and the offenders who are on the opposite side of the glass,” Giroux said during a press conference Tuesday morning.

“The deceased falls to the floor of the foyer. The suspects continue to fire at the deceased while he’s lying on the floor.”

“He was known to Drake. Drake was a friend of his,” Giroux said. “Many of the family members have met Drake and I would certainly encourage him, through his tweets, to encourage anybody in the community to come forward.”