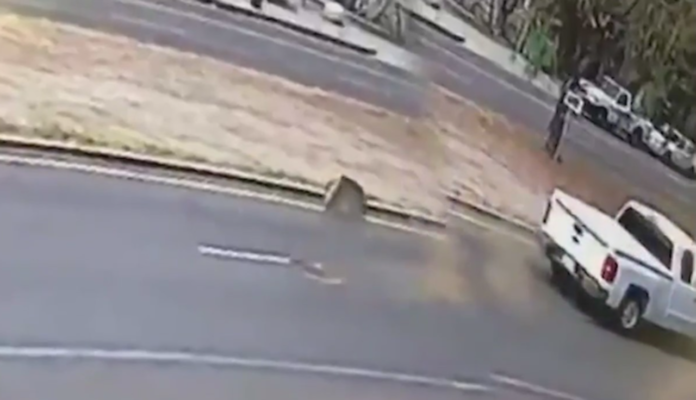 Panorama City, LOS ANGELES – A man was killed as he was attempting to climb out of a manhole in Panorama City and was struck by a passing truck that fled the scene, police say:

The Los Angeles Fire Department responded to the scene. The pedestrian succumbed to his injuries. The pedestrian was a male in his 20’s. His name will not be released until next of kin is notified.