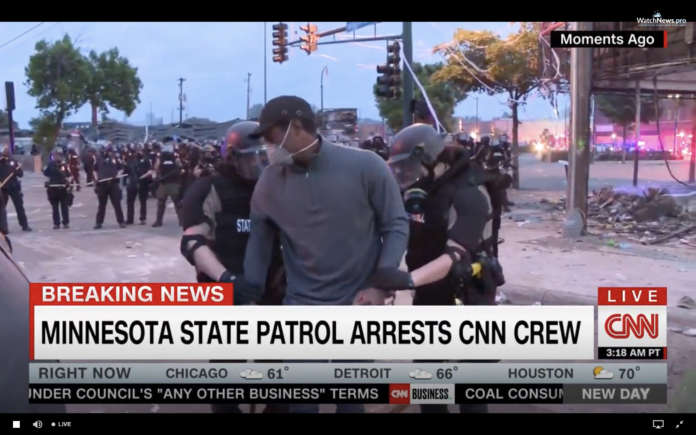 Minnesota State Patrol arrested a CNN crew while officers were clearing the streets of a Minneapolis neighbourhood where rioting occurred early on Friday morning in response to the death of George Floyd, a black man killed by police earlier this week.

The reason given to one member of the crew by the armed police was that the team was not moving as requested by officers, however, video showed that reporter Omar Jimenez clearly identified himself and aimed to follow the instructions given.