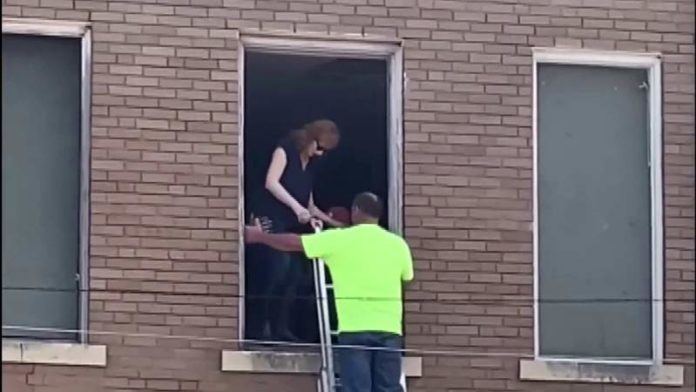 COUNTRY STAR RESCUE: Reba McEntire was rescued from a building in Atoka, Oklahoma on Tuesday (9/14). She was touring an historic building when a stairwell collapsed and trapped people on the floors they were on, according to the City of Atoka Emergency Management Director. McEntire later tweeted that she and her team are OK.