NASHVILLE — Saturday evening’s investigation at an apartment in the 1200 block of 14th Avenue South by the Juvenile Crime Task Force led to the arrests of five teenagers (four 14-year-olds and one 15-year-old) on gun and marijuana charges.

During the execution of a search warrant, officers recovered three loaded semi-automatic pistols concealed inside a teddy bear in an upstairs bedroom. 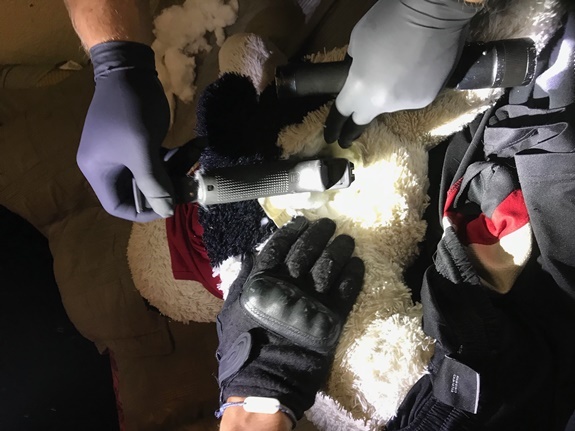 All of the guns were loaded with rounds chambered. Two of the pistols were reported stolen, one during a car burglary on 14th Avenue South at Hawkins Street on June 12, the other during an apartment burglary on Premier Drive in West Nashville last December.

The five teens are each charged with unlawful gun possession, theft and marijuana possession.