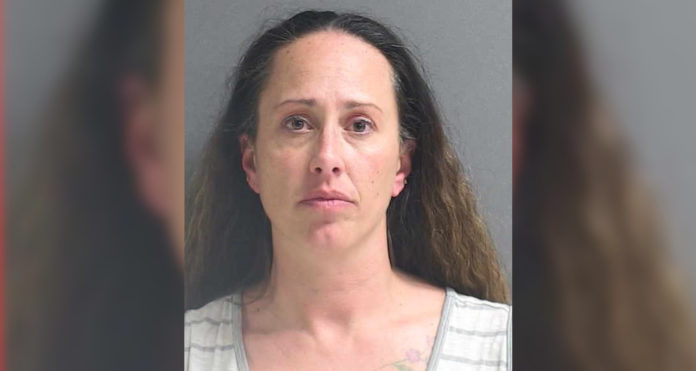 Deltona, FL. – A staff member at Heritage Middle School in Deltona was arrested [last week] after she met with a 14-year-old student around 1:30 a.m. and smoked some marijuana with him before his parents discovered he was missing.

Kristen Williams, 41, an office assistant who works with 6th graders at Heritage Middle, was charged with child abuse without great harm and contributing to the delinquency of a minor.

Deputies responded to the incident around 2:30 a.m. Wednesday after the parents of the 14-year-old called to report what happened. After noticing the boy was gone around 1:30 a.m., his stepfather started driving around the neighborhood looking for him while the mother discovered several incoming calls from a certain number on the home phone’s call log. Shortly after she called that number, her son arrived back home, apparently under the influence of marijuana.

The boy told his parents and deputies that he met with Williams near his neighborhood around 1:30 and smoked with her in her van. When he saw his mother calling Williams’ cell phone, he had Williams drop him back off near his house.

There were no allegations of any sexual abuse during this incident or in any prior encounters.

Williams told detectives she acts as a mentor to multiple 6th graders at Heritage, communicates regularly with them via group chat and that the 14-year-old had been in her vehicle and to her residence in the past to spend time with her son.

Williams was transported to the Volusia County Branch Jail, where she posted $3,000 bond and was released later Wednesday morning.