According to detectives, deputies located 56-year-old Lisa Ann Rogers with a hatchet protruding from her head and she was transported to a local hospital with life threatening injuries. The suspect, later identified as 40-year-old Michel Dougherty fled from the scene prior to deputies arrival.

Through various investigative techniques detectives were able to locate Dougherty’s vehicle near Gainesville on Tuesday, November 22, 2022.

According to detectives, on Thursday, November 24, 2022, at approximately 2:50 a.m. Dougherty was pulled over by an Alachua County Deputy where he was taken into custody for a warrant for attempted second degree murder and transported to the Alachua County Jail. 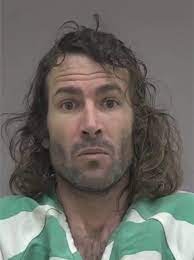 Rogers and Dougherty lived in the same house but details on their relationship were not released. A family member of Rogers told WFLA she was allowing Dougherty to stay at her home after he lost his job.