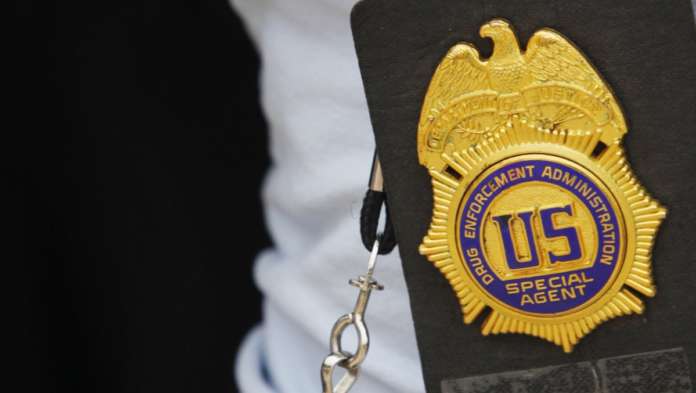 A former Drug Enforcement Administration (DEA) special agent and his wife pleaded guilty Monday to all charges in a 19-count indictment unsealed against them on Feb. 21, 2020. U.S. Magistrate Judge Thomas Wilson accepted the guilty pleas in U.S. District Court for the Middle District of Florida.

Jose Ismael Irizarry, 46, and his wife, Nathalia Gomez-Irizarry, 36, admitted to participating in a seven-year scheme to divert over $9 million in drug proceeds from undercover money laundering investigations into bank accounts that they and co-conspirators controlled. Irizarry and Gomez-Irizarry are scheduled to be sentenced at a later date.

“In a shocking breach of the public’s trust, former DEA Special Agent Jose Irizarry, together with his wife, Nathalia Gomez-Irizarry, abused his position by illegally diverting millions of dollars in drug proceeds from undercover operations to personally benefit themselves,” said Acting Assistant Attorney General Brian C. Rabbitt of the Justice Department’s Criminal Division. “Sworn law enforcement agents are entrusted with great responsibility, and the department will hold accountable those who exploit their positions to profit from public corruption.”

“Irizarry joined forces with the same criminal drug organizations he promised to investigate and prosecute, “said U.S. Attorney Byung J. “BJay” Pak for the Northern District of Georgia. “He and his wife now stand as convicted felons, potentially facing years in federal prison with little to show for the betrayal of his oath to uphold the law.”

“This former federal agent turned his back on the people he swore to protect and caved to greed and deceit,” said Special Agent in Charge Michael F. McPherson of the FBI’s Tampa Field Office. “The FBI will not tolerate those who abuse the public trust and will persist in safeguarding the American people from public corruption.”

“HSI is committed to maintaining the public’s confidence in our law enforcement community by rooting out those corrupt individuals and criminal organizations who abuse the U.S. financial system for their own personal gain,” said Acting Special Agent in Charge Kevin Sibley of the U.S. Immigration and Customs Enforcement’s Homeland Security Investigations (HSI) Tampa Field Office. “By working in partnership with federal, state, local and international partners, this investigation is a prime example of law enforcement agencies working collaboratively in pursuit of justice.”

“Rather than upholding his oath to stop drug trafficking and money laundering, Irizarry actively participated in these schemes and collected millions of dollars for himself and his associates,” said Special Agent in Charge James F. Boyersmith of the Department of Justice Office of the Inspector General (OIG) Miami Field Office. “Irizarry’s conduct enabled criminals, endangered the public, and jeopardized public trust in law enforcement.”

“DEA worked with the FBI, the U.S. Attorney, and others in law enforcement to investigate and bring Irizarry to justice,” said DEA Acting Administrator Timothy J. Shea. “Law enforcement, at any level, is based upon integrity and public trust. DEA employees work tirelessly every day to keep our communities safe from drug-related crime, and former DEA Special Agent Jose Irizarry’s criminal actions do not reflect the high standards of conduct we demand of our employees and our agents. Corruption and betrayal of the American people – the very people we stand to protect – have no place at DEA, and neither does Mr. Irizarry.”

“It’s never pleasant to employ our unique financial investigative skills against a member of the law enforcement community, but no one dislikes a bad cop more than a good cop,” said Special Agent in Charge Brian Payne of the IRS Criminal Investigation’s (IRS-CI) Tampa Field Office. “Thankfully, the vast majority of federal, state, and local law enforcement officers vigilantly honor the badge, and we take great pride in teaming up with them. Together with our federal partners, we worked tirelessly to uncover the disgrace this particular agent attempted to bring on our profession.”

Irizarry filed for personal bankruptcy protection in December of 2010. As part of his plea, he admitted that soon after his bankruptcy was filed he began to exploit his position of public trust as a special agent to divert funds from undercover DEA money laundering investigations to himself and to co-conspirators. Diverted funds were then used to purchase jewelry, luxury cars, and a home. The scheme lasted throughout Irizarry’s assignments to the DEA’s Miami Field Division and to its office in Cartagena, Colombia. Irizarry resigned from the DEA in January of 2018.

Irizarry further admitted that he and his criminal associates opened a bank account with a stolen identity and then utilized the account to secretly send and receive drug proceeds from active DEA investigations. Gomez-Irizarry admitted that she allowed her bank accounts and a Florida corporation in her name to be used in the scheme. By his own admission, Irizarry was in personal bankruptcy proceedings for nearly the duration of his criminal conduct and failed to disclose any of his illicit income to the U.S. Bankruptcy Court.

Trial Attorneys Joseph Palazzo and Mark A. Irish of the Criminal Division’s Money Laundering and Asset Recovery Section and First Assistant U.S. Attorney Kurt Erskine of the Northern District of Georgia, are prosecuting the case.