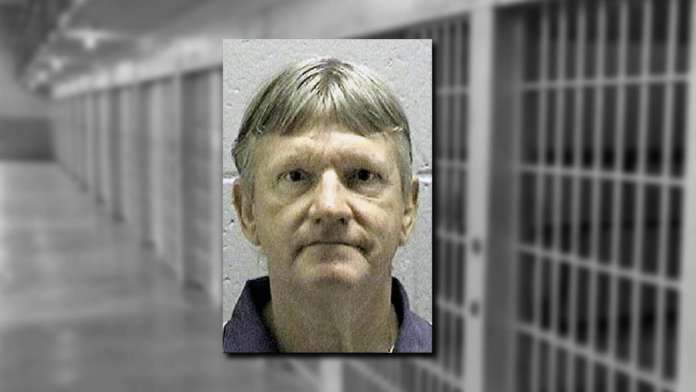 FORSYTH, Ga. – Condemned murderer, Donnie Cleveland Lance, is scheduled for execution by lethal injection at 7:00 p.m. on Wednesday, January 29th at the Georgia Diagnostic and Classification Prison (GDCP) in Jackson. Lance was sentenced to death in 1999 for the murders of Sabrina Joy Lance and Dwight G. Wood, Jr.

The Georgia Supreme Court summarized the facts of the case as follows:

The evidence presented at trial showed the following. The bodies of the victims were discovered in Butch Wood’s home on November 9, 1997. Butch had been shot at least twice with a shotgun and Joy had been beaten to death by repeated blows to her face. Expert testimony suggested they had died earlier that day, sometime between midnight and 5:00 a.m. The door to Wood’s home had imprints consistent with size 7 1/2 EE Sears “Diehard” work shoes. Joy’s father testified he told appellant Joy was not at home when appellant had telephoned him looking for Joy at 11:55 p.m. on November 8. A law enforcement officer testified he saw appellant’s car leave appellant’s driveway near midnight. When questioned by an investigating officer, Lance denied owning Diehard work shoes; however, a search of Lance’s shop revealed an empty shoe box that had markings showing it formerly contained shoes of the same type and size as those that made the imprints on Wood’s door, testimony by Sears personnel showed that Lance had purchased work shoes of the same type and size and had then exchanged them under a warranty for a new pair, and footprints inside and outside of Lance’s shop matched the imprint on Butch Wood’s door. Officers also retrieved from a grease pit in Lance’s shop an unspent shotgun shell that matched the ammunition used in Wood’s murder.

Joe Moore testified he visited Lance at his shop during the morning of November 9, 1997, before the victims’ bodies were discovered. Referring to Joy, Lance told Moore that “the bitch” would not be coming to clean his house that day. Lance stated regarding Butch Wood that “his daddy could buy him out of a bunch of places, but he can’t buy him out of Hell.” Lance also informed Moore that Joy and Butch were dead. Moore disposed of several shotgun shells for Lance, but he later assisted law enforcement officers in retrieving them. The State also presented the testimony of two of appellant’s jail mates who stated appellant had discussed his commission of the murders.

The State also presented evidence that appellant had a long history of abuse against Joy, including kidnapping, beatings with his fist, a belt, and a handgun, strangulation, electrocution or the threat of electrocution, the threat of burning with a flammable liquid and of death by a handgun and with a chainsaw, the firing of a handgun at or near her, and other forms of physical abuse. Several witnesses testified that appellant had repeatedly threatened to kill Joy if she divorced him or was romantically involved with Butch, and that Lance had also beaten and threatened to kill Butch’s wife and several other persons related to Joy. A relative of Joy testified that Lance once inquired how much it would cost to “do away with” Joy and Butch. Towana Wood, who was Butch’s former wife, and Joe Moore testified about an invasion of Butch’s home committed by Joe Moore and appellant in 1993. The invasion was prompted in part by appellant’s belief that Butch was romantically involved with Joy. In the 1993 incident, appellant kicked in a door to the home, entered carrying a sawed-off shotgun, and loaded the chamber of the shotgun.

In a subsequent appeal, the Georgia Supreme Court held:

The evidence at trial showed that Lance had a long history of abusing Joy Lance both before and after they divorced, including kidnapping her, beating her with his fist, a belt, and a handgun, strangling her, electrocuting her with a car battery, and threatening her with a flammable liquid, handguns, and a chainsaw. He had repeatedly threatened to kill her himself, and he had once inquired of a relative about what it might cost to hire someone to kill her and Butch Wood. Lance kicked in the door of Butch Wood’s home in 1993 armed with a shotgun, loaded a shell into the chamber of the shotgun, and then fled only after a child in the home identified and spoke to Joe Moore, Lance’s friend who was accompanying Lance that night.

Shortly before midnight on November 8, 1997, Lance called Joy Lance’s father, asked to speak to her, and learned that she was not at home. Shortly afterward, a passing police officer noticed Lance’s automobile leaving his driveway. Lance arrived at Butch Wood’s home, kicked in the front door, shot Butch Wood on the front and the back of his body with a shotgun, and then beat Joy Lance to death by repeatedly striking her in the face with the butt of the shotgun, which broke into pieces during the attack. Joy Lance’s face was rendered utterly unrecognizable. Later that morning, Lance told his friend, Joe Moore, that Joy Lance (whom Lance referred to in a derogatory manner) would not be coming to clean Lance’s house that day; that Butch Wood’s father could not “buy him out of Hell”; and that both Joy Lance and Butch Wood were dead. Lance later told a fellow inmate that he “felt stupid” that he had called Joy Lance’s father before the murders, and Lance bragged to the inmate that “he hit Joy so hard that one of her eyeballs stuck to the wall.”

Lance appealed his convictions and sentences to the Georgia Supreme Court. On February 11, 2000, the Georgia Supreme Court remanded the case to the trial court for a hearing on whether a State’s witness was promised any benefit in exchange for testimony against Lance at trial. The trial court conducted several hearings on this issue. On November 13, 2000, the trial court entered an order denying Lance’s allegation that a State’s witness had been offered a deal in exchange for his testimony.

On April 26, 2019, after twenty years in prison, Lance sought post-conviction DNA testing pursuant to O.C.G.A. § 5-5-41. On September 30, 2019, following an evidentiary hearing, the trial court denied Lance’s extraordinary motion for new trial. Thereafter, Lance filed an application to appeal in the Georgia Supreme Court, which was denied on December 2, 2019.

There have been 74 men and one woman executed in Georgia since the U.S. Supreme Court reinstated the death penalty in 1976. If executed, Lance will be the 53rd offender put to death by lethal injection. There are presently 42 men and one woman under death sentence in Georgia.