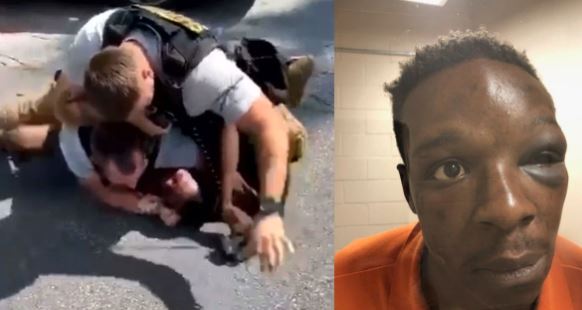 An investigation is now underway after video showed two deputies punching and tasing the passenger of a car that was stopped for a broken taillight. Roderick Walker, who was a passenger in the rideshare, allegedly didn’t have an ID.

The Deputy who repeatedly struck Walker is being terminated from the Clayton County Sheriff’s Office by order of Sheriff Victor Hill for excessive use of force. The criminal investigation of this matter will be turned over to the Clayton County District Attorney’s Office.

The Sheriff ordered a signature bond courtesy for Walker.  Walker has a felony probation warrant out of Fulton County for Cruelty to Children, Possession of a Firearm by a Convicted Felon, and a Failure to Appear warrant out of Hapeville which resulted in Magistrate Court denying him a bond.