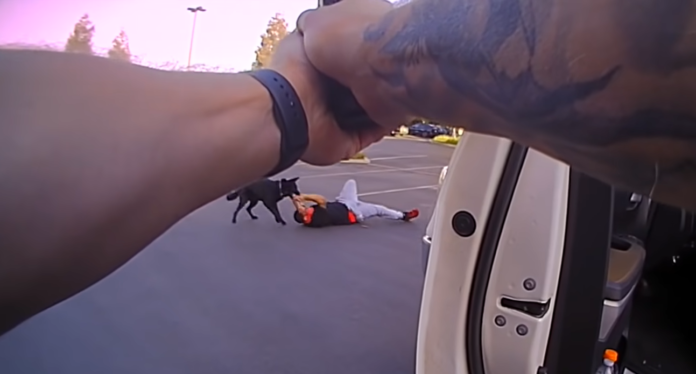 Fremont, California — On Thursday, April 1, 2021, two Fremont Police Detectives were involved in an officer involved shooting. The suspect was identified as 36-year-old Stephen Patrick Moseley of Fremont. The incident occurred in the parking lot of the Hyatt Place Hotel, located in the 3100 block of W. Warren Ave. Since the beginning of 2021, Fremont has experienced a sharp increase in gun violence. In response several units within the Department recently established a gun violence reduction team.

The team was surveilling a well-known suspect with several outstanding felony warrants who was believed to be in possession of a firearm. At approximately 6:25 p.m., officers located Moseley, they attempted to make contact and take him into custody. When he refused to comply, a Fremont Police K9 was deployed. After the deployment of the K9, Moseley presented a firearm. During the confrontation two Fremont Police Detectives fired their service weapons at Moseley. Field trauma care was provided to Moseley. Moseley was pronounced deceased at the scene by paramedics at 6:35 p.m.