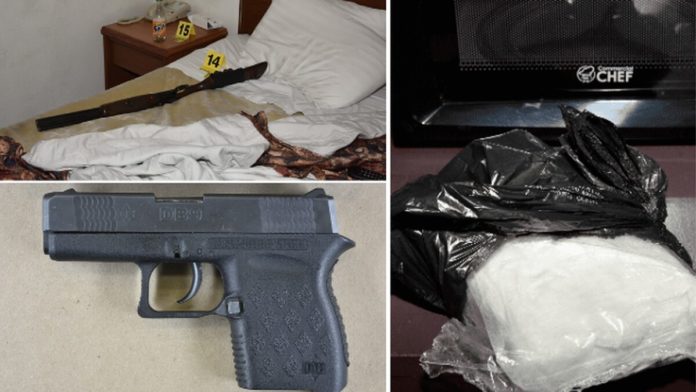 Detectives are searching for multiple men following a reported rape where officers recovered a kilogram of fentanyl and multiple firearms.

Police were called to the 7200 block of Marginal Way South at 8:30 Thursday night for a report of a naked woman screaming for help. Police arrived and found the woman as well as a vehicle speeding away from the scene. Witnesses said they saw the victim emerge from a nearby hotel room armed with a handgun and chase a man into a truck. The witnesses said that a second person then disarmed the woman and also fled the area.

Officers entered two hotel rooms associated with the incident and found multiple firearms and a kilogram of pure fentanyl, capable of producing 872,000 pills.

Detectives with the sexual assault unit are now working with the victim to develop a suspect description. We will update this post with that information as it becomes available.

According to King County Public Health, there has been a sharp rise in fatal overdoses related to fentanyl use with the highest ever numbers recorded during the weeks of December 27th through January 9th.