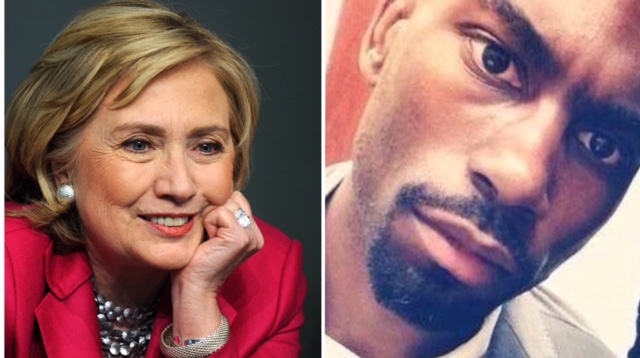 Activist and member of We The Protesters, which organizes anti-police protests, reached out to the Democratic front-runner via Twitter Tuesday.

DeRay Mckesson said he looked forward to Hillary’s “criminal justice platform,” and asked if they could meet up prior to her announcement. 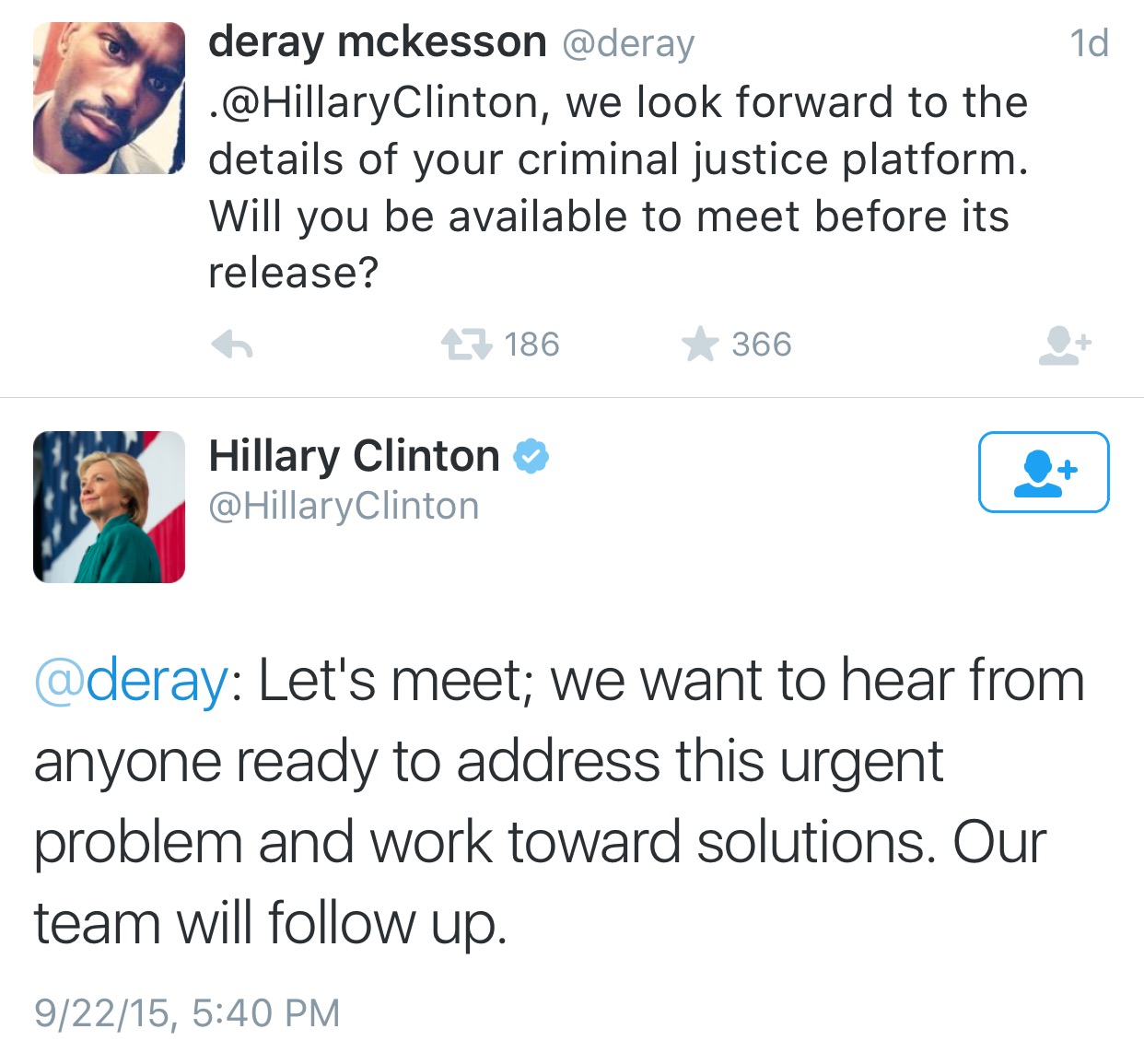 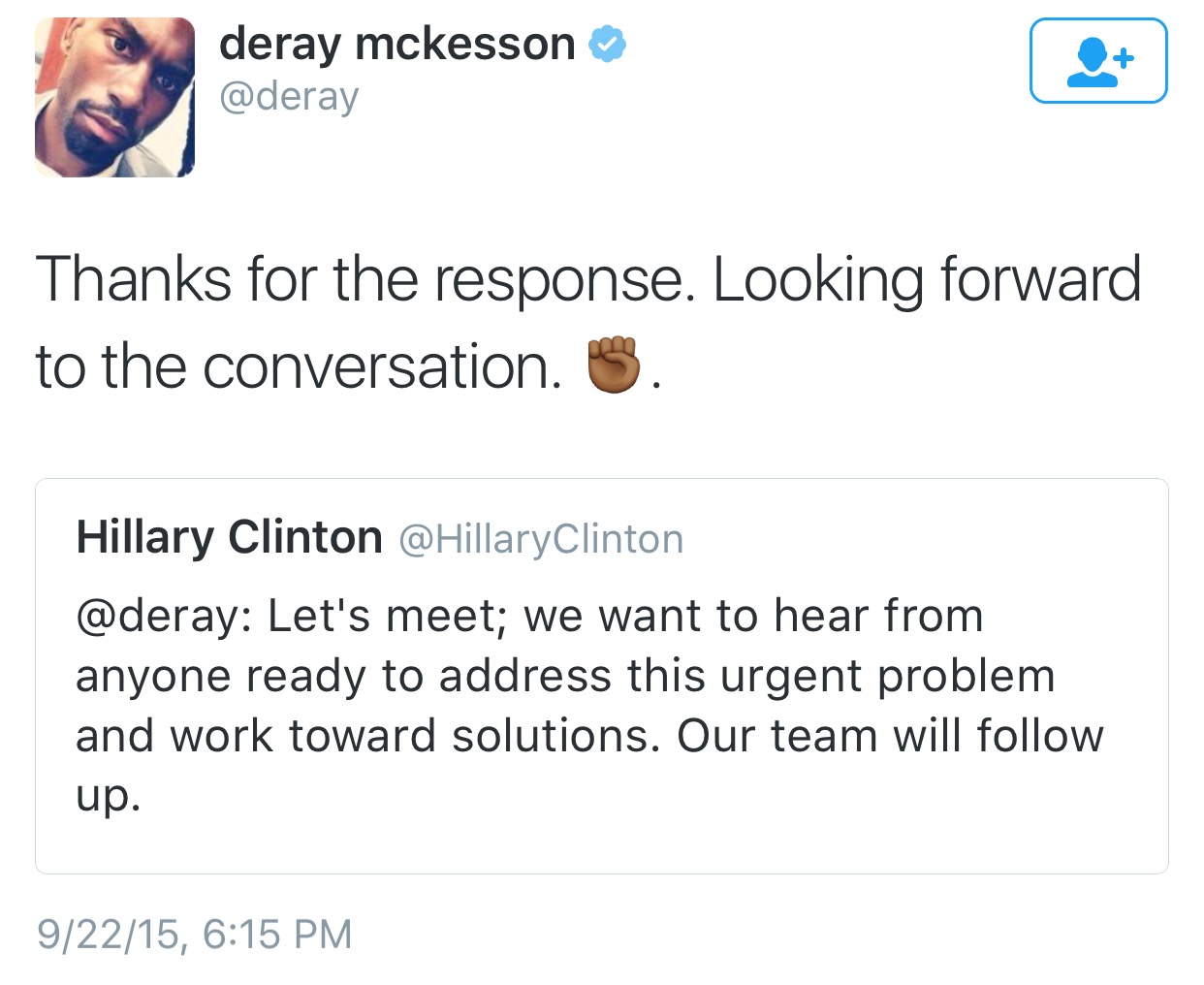 The response tweet from the Clinton camp likely came from a staffer and not Hillary herself, as Mrs. Clinton marks her tweets with “-H”.

This meet-up wouldn’t be the first time Clinton has taken questions from Black Lives Matter protesters. (Video below)