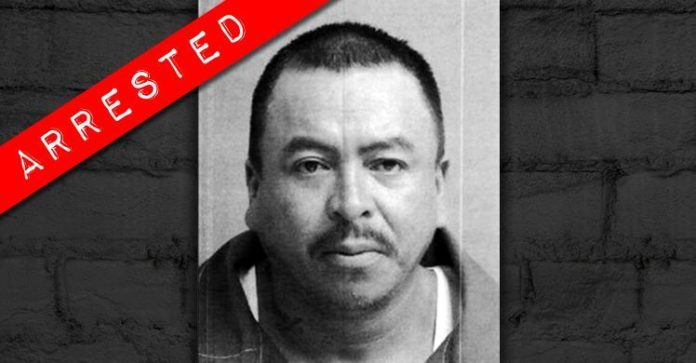 NEW ORLEANS — U.S. Immigration and Customs Enforcement’s (ICE) Enforcement and Removal Operations (ERO) deportation officers arrested one of ERO’s Most Wanted fugitives Wednesday during a targeted operation in Central Louisiana that resulted in the capture of a convicted child sex offender who is now facing additional felony charges.

Martinez was convicted on a felony charge of taking indecent liberties with a child in Mecklenburg County, North Carolina, in November 2002. After his release from criminal custody, ICE subsequently removed him from the U.S. to Mexico in September 2003.

Martinez illegally re-entered the U.S. after removal, which is a felony act under federal law. Martinez was then encountered by local law enforcement in Acadia Parish who arrested him for DUI. Martinez was convicted of DUI April 30 and sentenced to probation.

ERO subsequently began efforts to locate Martinez after learning of his return to the U.S., which culminated in the agency obtaining a federal arrest warrant in the Western District of Louisiana for illegal re-entry of a previously removed felon.

After completion of ICE processing Wednesday, Martinez was turned over to the custody of the U.S. Marshals Service where he remains in custody pending his federal felony prosecution in the Western District of Louisiana.

“This case is an excellent example of ICE’s ongoing focus to prioritize its enforcement efforts toward unlawfully present foreign nationals who pose the greatest threat to public safety,” said ICE Enforcement and Removal Operations New Orleans Acting Field Office Director Trey Lund. “Despite attempts by some to confuse the public, ICE does not conduct random or indiscriminate enforcement and the agency’s targeted enforcement efforts make communities safer for all persons, whatever their immigration status may be, by removing dangerous criminals from the streets.”