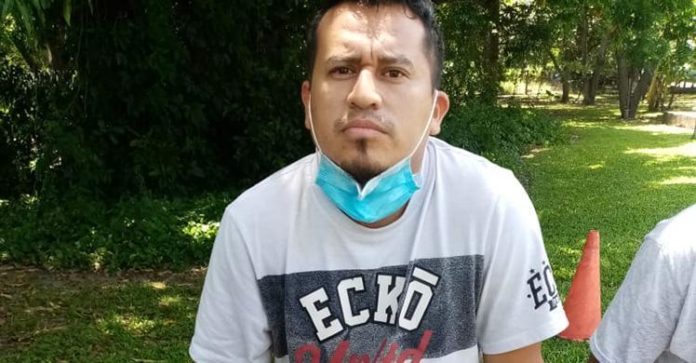 Jose Luis Rodriguez-Vasquez, 37, is a Salvadoran national wanted by law enforcement authorities for the rape of a minor or disabled person in his native country.

Rodriguez-Vasquez later illegally entered the U.S., at or near an unknown time and location. Rodriguez-Vasquez was later apprehended by ERO Los Angeles April 8, and was subsequently removed from the United States as a “high profile removal” – a special designation given to foreign fugitives, national security threats, and other special interest removals.

“Our diligent efforts have removed another potential predator from our streets and helped ensure he faces justice in his country of origin,” said ICE’s ERO Los Angeles Field Office Director Dave Marin. “Rodriguez-Vasquez presented a genuine threat to public safety; his removal enforces a clear message to international fugitives – you will not find sanctuary here. ICE will continue to focus its removal efforts and resources on egregious and violent criminals, along with other high-profile removals who pose the greatest threat to our communities.”

ICE has removed hundreds of thousands of criminal aliens, some of whom fall under the category of high-profile removals, since the agency was established in March 2003.