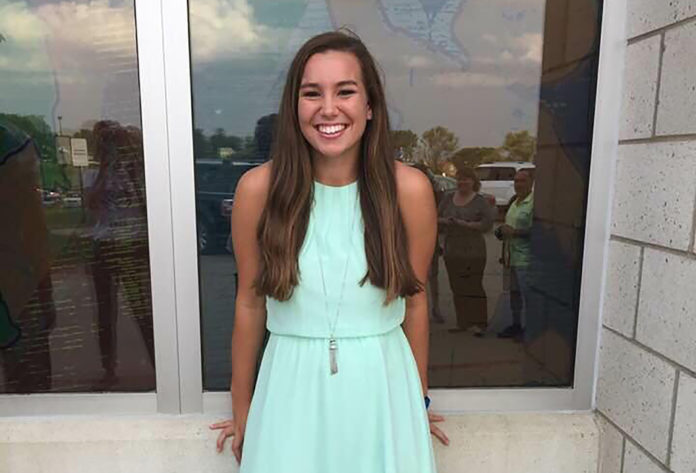 BROOKLYN, Iowa — A murder charge has been filed against a 24-year-old illegal alien in the case of missing Iowa jogger Mollie Tibbetts—a missing persons case that gripped the nation.

24-year-old Christian Rivera is charged with first-degree murder, officials announced Tuesday. Rivera is being held on a federal immigration detainer. 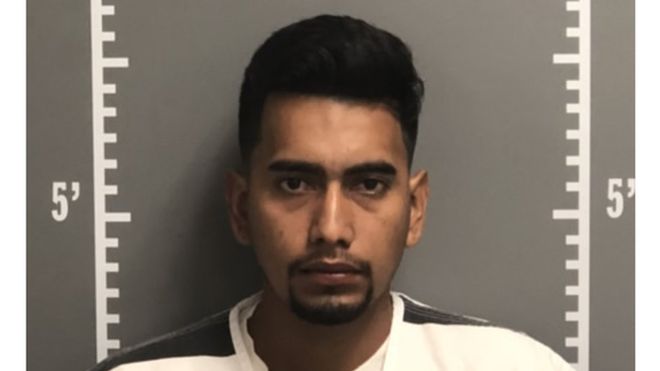 Officials say they identified Rivera through a resident’s surveillance video system. They said the suspect was cooperative and explained to investigators what happened that day.

Rivera said he stopped his car and jogged alongside 20-year-old Tibbetts–at which point she clutched her cell phone and told Rivera to ‘leave her alone or she would call the cops.’

Rivera went on to confess that when Tibbetts ran, he chased after her before he ‘blacked out’ and ‘came to’ in a corn field.

Officers say the alleged killer led them to her body in the corn field in Poweshiek County, her body coverd in corn stalks.

Local media reports say the body was found about ten miles away from Mollie’s home.

The family of Mollie Tibbetts released a statement Wednesday: “Our hearts are broken.

On behalf of Mollie’s entire family, we thank all of those from around the world who have sent their thoughts and prayers for our girl. We know that many of you will join us as we continue to carry Mollie in our hearts forever.

At this time, our family asks that we be allowed the time to process our devastating loss and share our grief in private.

Again, thank you for the outpouring of love and support that has been shared in Mollie’s name. We remain forever grateful.”

Police did not indicate a motive for the crime and did not reveal a cause of death. An autopsy has been scheduled.

Rivera has been living in the United States illegaly for several years, police said, adding he was also employed in the area.

Below is the full press release from the Iowa Division of Criminal Investigation:

POWESHIEK COUNTY, Iowa — A first-degree murder charge was filed today in connection with the disappearance of Mollie Tibbetts, who was last seen jogging in Brooklyn, Iowa, on July 18, 2018. A complaint and affidavit names Cristhian Bahena Rivera, 24, who resides in rural Poweshiek County, in the charge of Murder in the First Degree.

Dozens of law enforcement officials from local, state and federal agencies were involved in the investigation after the disappearance of Mollie Tibbetts, 20. A body was discovered in the early morning hours of August 21, in a farm field southeast of Brooklyn, Iowa. The identity has not been confirmed, but it is believed to be Mollie Tibbetts.

The Complaint and Affidavit, which is linked below, provides the details of the allegations against Mr. Rivera.

Charges were filed in the Poweshiek County, Iowa, District Court. The case will be prosecuted by the Iowa Attorney General’s Area Prosecution Division. First-degree murder carries a penalty of life without parole.

The Division of Criminal Investigation received more than 4,000 tips during the investigation. “We regularly had 30-40 investigators devoted to this investigation since Molly disappeared,” said DCI Special Agent in Charge Richard Rahn. “Without that kind of support from our fellow law enforcement officers, we could not have made the progress we did. The Poweshiek County Sheriff and the Federal Bureau of Investigation were valued partners in leading the investigation, and many other agencies contributed resources throughout the past five weeks. We thank the Tibbetts family for their support to us, and we hope that they will continue to have the support of their community and the nation in the coming weeks and months.”

Tibbetts had been missing since July 18.

Vice President Mike Pence called attention to the case at the beginning of a speech in Des Moines on August 15th, telling a crowd that had gathered to hear his remarks about President Donald Trump’s tax policies that the government would continue to provide “any and all federal support” to the case. Pence later met with the Tibbetts family aboard Air Force Two.