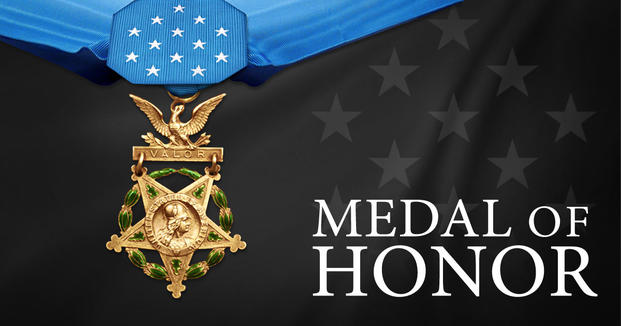 On Wednesday, March 27, 2019, President Donald J. Trump will award the Medal of Honor to Staff Sergeant Travis W. Atkins, United States Army, for conspicuous gallantry. To commemorate the selfless service and sacrifice of Staff Sergeant Atkins, his son Trevor Oliver and family will join the President at the White House.

On November 9, 2000, Atkins enlisted in the United States Army. He attended basic training at Fort Benning, Georgia, and was assigned to Company A, 3d Battalion, 327th Infantry Regiment, 1st Brigade, 101st Airborne Division (Air Assault) at Fort Campbell, Kentucky. He deployed to Iraq in 2003 and was later honorably discharged as a Sergeant. After attending the University of Montana, he re-enlisted in the Army in 2005 and deployed again to Iraq in August 2006. He was promoted to Staff Sergeant on May 1, 2007. Staff Sergeant Atkins is survived by his son, Trevor Oliver, of Coon Rapids, Minnesota, and his parents, John and Elaine Atkins of Bozeman, Montana.