“Why is it that Old Crow Mitch McConnell voted for a terrible Democrat Socialist Infrastructure Plan, and induced others in his Party to do likewise, when he was incapable of getting a great Infrastructure Plan wanting to be put forward by me and the Republican Party? He continuously said he couldn’t get it passed, just like I had to go around him to get the very popular Southern Border Wall built (which caused great delay—but could now be completed in one month by Biden),” Trump scoffed in the statement.

“All of the Infrastructure money, $2 Trillion, would have gone into real Infrastructure (roads, bridges, tunnels, airports, etc). Also, why did Mitch give the Democrats a two-month hiatus, just long enough for them to figure it all out, when they were completely ready to fold?,” Trump continued. 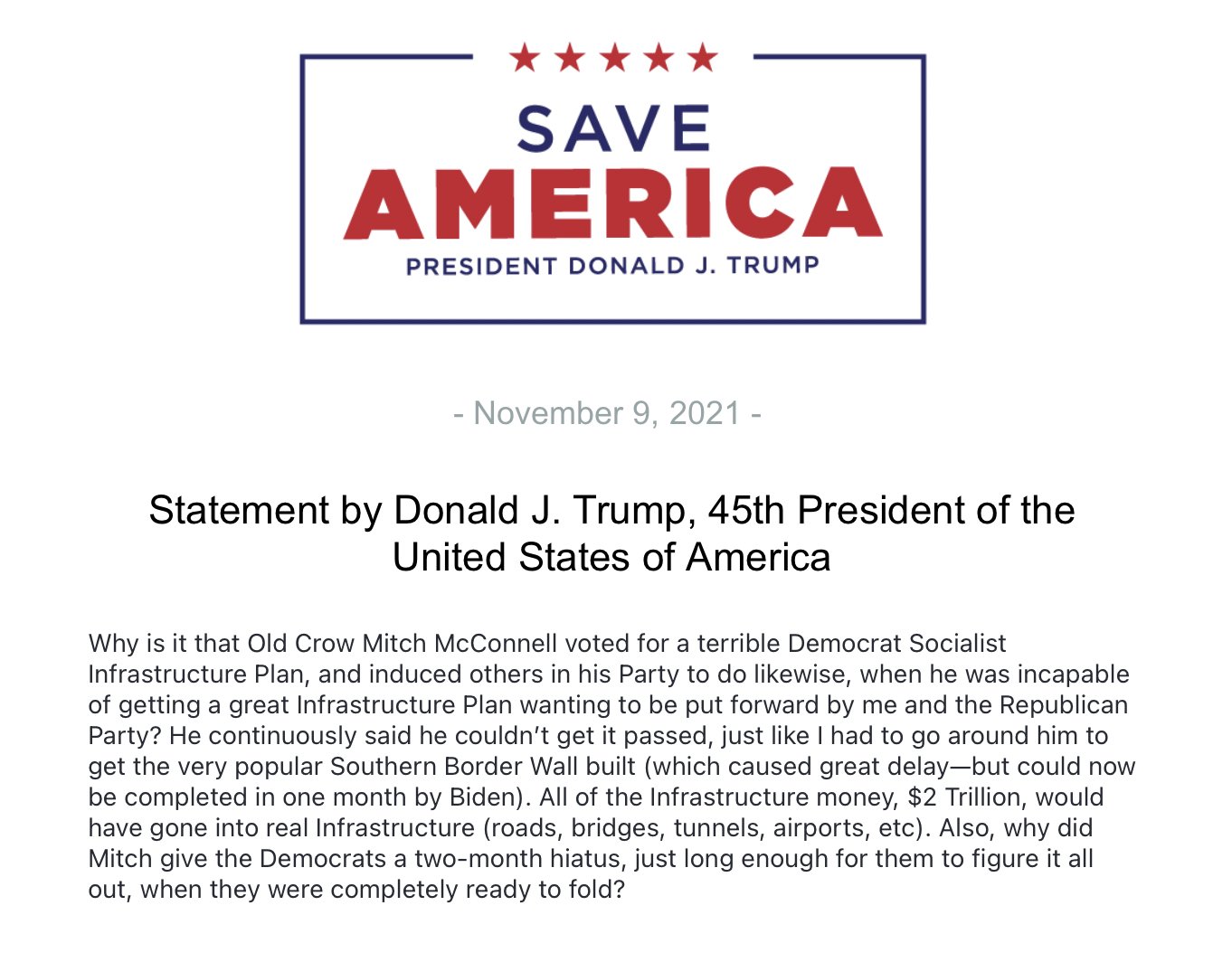