MINNESOTA — Two brothers from Bloomington have both been charged with second degree murder for the death of a man who had been missing for nearly two weeks.

Brothers Skylar Labarge, 26, and 32-year-old Preston Sharlow have been charged with the murder of William Albrecht who had been reported missing since Nov. 15. Both Labarge and Sharlow are scheduled to make their first court appearances Tuesday, Nov. 26. Bail has been set at $1M apiece. 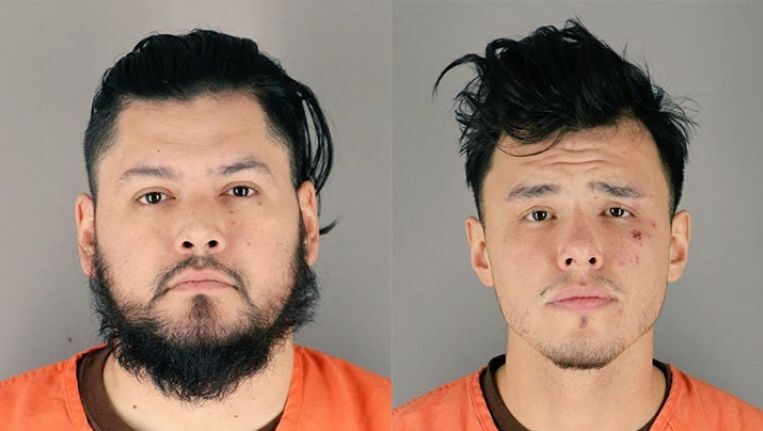 According to KARE, ‘the attack stemmed from a love triangle, as Sharlow and Albrecht were romantically involved with the same woman. That woman was initially arrested with the two brothers, but was soon cleared of any involvement in Albrecht’s death.’

According to the criminal complaints, on Nov. 16, officers went to William Albrecht’s mother’s home in Minneapolis after she reported him missing. She mentioned being unable to get in touch with her son for several days and that he had missed work. A police investigation found that Albrecht was last seen at a bar in Bloomington on Nov. 14, and that he had been communicating with Isabelle Braveheart.

When officers spoke to Braveheart, she told them that on Nov. 15, Albrecht was lured to a home in Bloomington by Sharlow who pretended to be Braveheart, using her phone to invite Albrecht to the residence. When Albrecht arrived, he was immediately confronted and assaulted by Sharlow and Lebarge, the complaint states.

After officers found that Sharlow and Labarge had connections to the home where Albrecht was assaulted, they obtained a search warrant for the residence and discovered bloodlike substances in the garage and parts of the house. A strong smell of cleaning agents in the home was also reported by police, the complaint states.

Sharlow and Labarge were arrested Nov. 21, with Sharlow being interviewed first. He admitted to luring Albrecht to the Bloomington home where his brother and he violently beat Albrecht in the garage. Sharlow also stated that he and his brother brought Albrecht downstairs to a shower to “clean him up” before going back to the garage. In the garage, Labarge attempted to cut Albrecht’s neck with a piece of glass and then stepped on Albrecht’s neck, blocking his air supply, the complaint states.

During the interview, Sharlow told the police that he and his brother took Albrecht’s body in a car and disposed of it in a remote location in Woodbury, MN. Sharlow accompanied officers to the area where Albrecht’s body was discarded, the complaint says.

The police report states that Albrecht’s body showed signs of blunt force injury to the face and head. His body was transported to the Ramsey County Medical Examiner’s Office were an autopsy was conducted and the report is pending.

Labarge was interviewed by police shortly after the Albrecht’s body was found. He eventually admitted to being involved in the assault, murder and disposal of Albrecht’s body, the complaint states.

Both men are currently in custody.