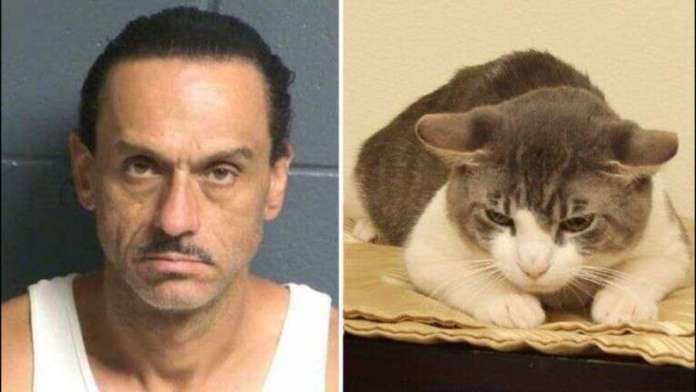 Man Charged with Felony After Cat Tests Positive for Meth

Las Cruces, NEW MEXICO — Charges against a Las Cruces man arrested in June for allegedly battering his girlfriend and mistreating two pets have now been upgraded after their cat tested positive for methamphetamines.

On June 3, 2019, Las Cruces police were dispatched to a home on Boutz Road where 39-year-old Aaron Spaulding allegedly battered his girlfriend the day before and held the woman against her will. Police learned that a verbal argument turned physical, and Spaulding allegedly punched her multiple times and took away her cell phone.

While investigating the allegations, police learned that Spaulding was possibly neglecting his two pets, a dog and male domestic shorthair cat, and abusing the feline by squeezing it until it cried out. He was also accused of strangulating and forcibly feeding methamphetamines to the cat.

The feline was examined by a veterinarian who indicated to police that the cat showed signs of neurological deficits. The cat’s blood was tested for drugs and those tests proved positive for methamphetamines. The cat was treated by a veterinarian and ultimately adopted into a caring home.

Spaulding was arrested June 4 and released on bond June 24.