MEMPHIS, Tenn. – A convicted gunman sentenced last month to life in prison without parole for killing a restaurant patron in 2016 was sentenced Thursday to an additional 62 years for crimes committed in the same Downtown crime spree that included the death of a Memphis police officer, said Shelby County Dist. Atty. Gen. Amy Weirich.

Sgt. Verdell Smith was struck and killed by a stolen car driven by Welch shortly after the defendant shot 39-year-old Joshua Walton on North Main where he was with his wife and family. Walton died of his injuries 13 months later. 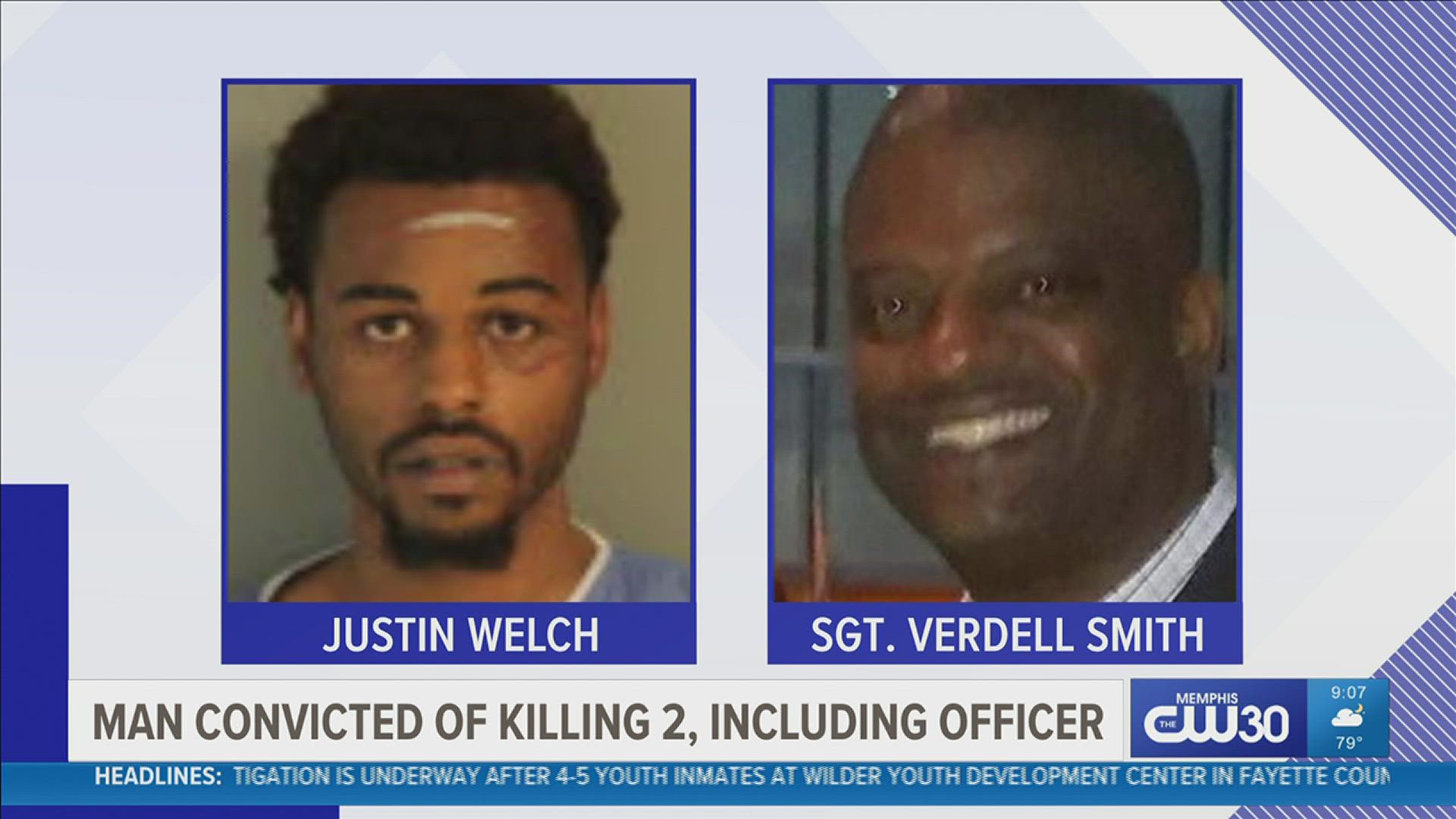 The incidents occurred the evening of June 4, 2016, when Welch arrived in Memphis in a car he had just stolen in Arkansas. He pulled into a service station on Knight Arnold where he stole another car that had the keys in the ignition, and headed Downtown.

Witnesses said Welch walked up to a group of people eating outdoors at Westy’s Restaurant at 346 N. Main St. and without warning began shooting at close range. He shot Walton in the neck and shot a second customer, a 57-year-old Cordova man, three times in the face.

Welch then ran off toward Bass Pro where he got into the second stolen car, drove up to a 21-year-old employee and began firing without warning. The young man from Olive Branch, Miss., was struck in the left forearm as he raised it to cover his face. Another bullet struck his cellphone in his pocket.

With police in pursuit, Welch drove at a high rate of speed south – the wrong way – on Third Street. As his car approached the Beale Street area police quickly began clearing the street. Sgt. Smith was herding pedestrians to safety when Welch’s speeding vehicle struck him, causing fatal injuries.

Welch’s vehicle crashed moments later, totaling the car but sustaining no injuries. He ran from the scene, but was quickly captured by officers.

The case was handled by Asst. Dist. Attys. Greg Gilbert and Jose Leon.