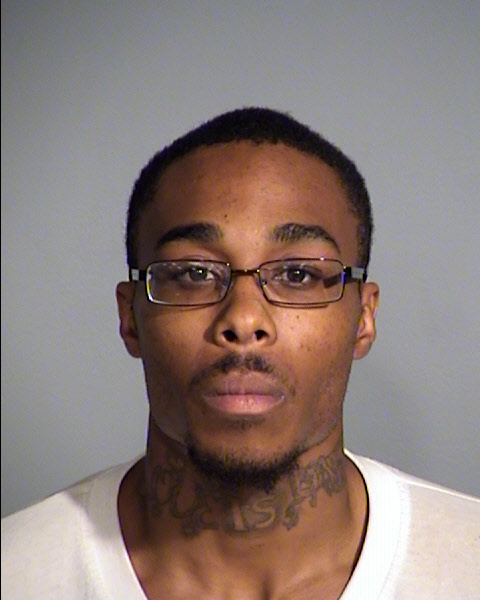 INDIANAPOLIS – An Indianapolis Metropolitan Police Department (IMPD) officer’s residence and marked patrol car were struck by gunfire on the city’s East side.

Just before 2:30 a.m., on July 12th, 2016, a ten year veteran officer of the IMPD was in his residence with his family, when he heard gunfire outside his residence. He quickly radioed in that his residence and marked unit had been fired upon. Responding officers arrived on scene and immediately began checking with neighbors after confirming the officer and his family were ok.

Tips from the community, along with officers and detectives canvassing the area for information, allowed for quick apprehension of 27-year-old suspect, March Ratney.

The investigation revealed that Ratney had fired over a dozen rounds at the officer’s residence, which was struck at least five times, and his marked patrol car, which was struck three times, before fleeing the area in a vehicle.

WIBC reported: ‘Ratney had just been released from prison on June 6 after serving a sentence for being a felon in possession of a gun, and [MPD Chief Troy] Riggs says the officer he targeted had arrested Ratney in 2008.  Though Ratney was wearing a t-shirt that said “f— the police” on the front and “black lives matter” on the back, Riggs says he does not believe Ratney is representative of any organization or movement.’

The Indianapolis Fraternal Order of Police released a statement: “Our collective police membership is concerned about this incident. We have reached out to the officer involved to ensure the officer and their family have all the resources they need at this time.

Like any attack on on our police, we must accurately account for the facts so that we may have a complete investigation to better understand how this occurred and hopefully prevent such incidents in the future.

In the interim, we continue our call for mandated reporting of assaults on law enforcement officers. Currently only 57% of police agencies report these statistics to a national database.

We look forward to working with our elected leaders in Indiana and at the federal level in the coming days to enact such legislation and we call upon residents to join us in these enhancement efforts.

Law is the safeguard of freedom, when those who swear to uphold the law fall under attack it threatens the fabric of our society.

We must come together to help protect those who protect our communities.”

Charges are forthcoming. IMPD continues to work the case with other law enforcement partners, including the Bureau of Alcohol Tobacco and Firearms, US Attorney’s office, and Marion County Prosecutor’s Office.