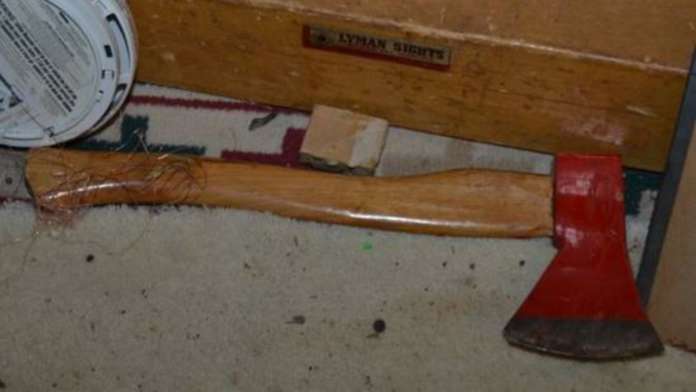 NEW YORK — At 8:48 p.m. Tuesday, State Police from the Mayfield barracks were dispatched to a single-family residence on Old Piseco Road in the Town of Arietta for a person experiencing mental health issues.

Upon arrival, Trooper Ryan Mousaw began interviewing the resident, 55-year-old Daniel E. Condon, who was exhibiting signs of instability. When Trooper Mousaw tried to transport him to the hospital for evaluation, Condon began to struggle with Trooper Mousaw.

Trooper Mousaw attempted deploy his Division issued Taser, but was unsuccessful. Condon subsequently struck Trooper Mousaw in the head with a hatchet, causing a laceration.

Trooper Mousaw, while injured himself, immediately rendered first aid to Condon and attached an Automatic Electronic Defibrillator, but was unable to resuscitate him.

When assistance arrived on scene, Trooper Mousaw was transported to Nathan Littauer Hospital in Gloversville. He was treated for a head laceration and a sprained right arm, and right wrist. He has since been released.

“I WANT TO BEHEAD.” NYC Man Admits To Attempting To Join...