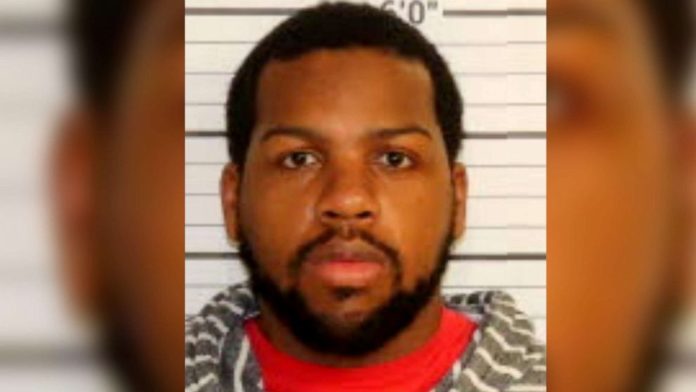 MEMPHIS, Tennessee — A Memphis police officer has been arrested after he allegedly killed and kidnapped a man while on-duty.

Last Wednesday, around 8:30 p.m., officers received a call regarding a man who was missing. Upon speaking with the caller, officers learned that her boyfriend, 30-year-old Robert Howard, was last seen in the 3500 block of Mark Twain Street around 5:00 p.m. on January 5, 2021.

The caller told police she used an app and tracked the victim’s cellphone near Lamar Avenue and Shelby Drive, in which she located the phone but did not locate the victim.

During the investigation, investigators determined that the victim was taken from the home in the 3500 block of Mark Twain Street and was shot by 29-year-old Patric Ferguson, who is known to the victim. Additionally, Patric Ferguson is a Memphis Police Officer and was on duty when this incident occurred.

Police say that Ferguson, “acting on his own accord, armed himself with his personal handgun, encountered the victim outside the residence, and forced the victim in the rear of a squad car. Ferguson then drove to the area of Frayser Boulevard and Denver Street, where he shot and killed Mr. Howard.”

FOX 13 reported: According to an affidavit, the search history of Ferguson’s cell phone revealed internet searches about cleaning up crime scenes and how to destroy DNA evidence. The affidavit says investigators found evidence Ferguson bought cinder blocks, chains and padlocks that they said he later used to hide evidence. The affidavit also says investigators found a surveillance video that shows Howard being shot while Ferguson was on duty.

Patric Ferguson is assigned to the Tillman Station and has been employed by the MPD since October 2018.

A second individual, 28-year-old Joshua Rogers, an acquaintance of Ferguson, assisted Ferguson with relocating Mr. Howard’s body after he was killed. Rogers was arrested and charged with Accessory After the Fact, Abuse of a Corpse, and Fabricating and Tampering with Evidence.

“No one is above the law. Knowing that a Memphis Police Officer, someone who took an oath to protect and serve, made the decision to commit this horrific crime is devastating. His actions were not that of a law enforcement officer and should not reflect on fellow officers,” said Director Michael Rallings.

“Our investigators responded swiftly and did an outstanding job by identifying the suspect responsible. This is an example of the professionalism and dedication that is displayed daily. Regardless of who you are, our investigators will conduct a thorough investigation and will seek justice for all victims.”

A motive for the crime remains under investigation.