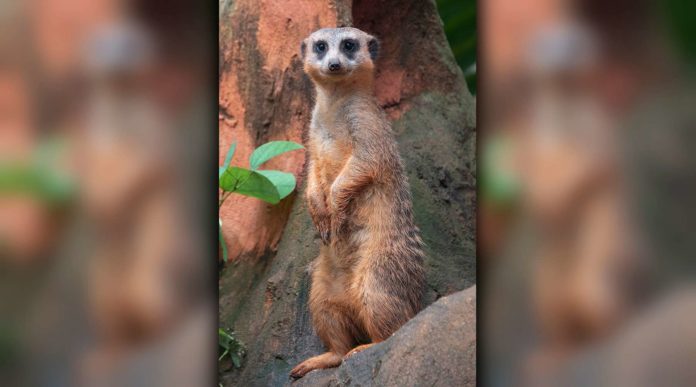 FLORIDA – (Zoo Miami) – During initial rounds this past Sunday morning, zookeepers were unable to find “Gizmo,” a nearly 8 year old meerkat. Sadly, after a meticulous search of the habitat, both above and below ground, his lifeless body was located in what appeared to be a collapsed tunnel. Though zoo staff is still waiting for the final results of a necropsy, it appears as if Gizmo may have been in the tunnel when it collapsed, trapping him inside.

Gizmo was born at the Brevard Zoo in October of 2013 and arrived at Zoo Miami in June of 2018. Since his arrival, he has been a favorite among staff and guests alike and his loss has been devastating, especially for his keepers.

As part of the daily routine caring for the meerkats, zookeepers are very diligent about manually collapsing all the tunnels within the habitat at the end of each day in order to prevent the tragedy that apparently struck Gizmo. Unfortunately, because the meerkats are constantly digging, another tunnel may have been quickly constructed following the keeper maintenance routine and sadly, because of the excessive rain we have experienced the last several days, it was unstable and collapsed.

Tragically, a similar incident happened in July of last year when one of the first meerkats to be born at Zoo Miami was also found trapped inside a collapsed tunnel and did not survive. The meerkat exhibit will remain closed until further notice as zoo management reevaluates the procedures in place to see what changes can be made to help ensure the prevention of a similar occurrence in the future.

The meerkats have been a fan favorite of Zoo Miami since their arrival in June of 2000. Their popularity is global thanks to the “MeerCam,” which allows anyone anywhere in the world to view the meerkats online through a webcam. Though temporarily disabled during this difficult time, the hope is to have it up and running as soon as new protocols and procedures are established and the habitat can be reopened.