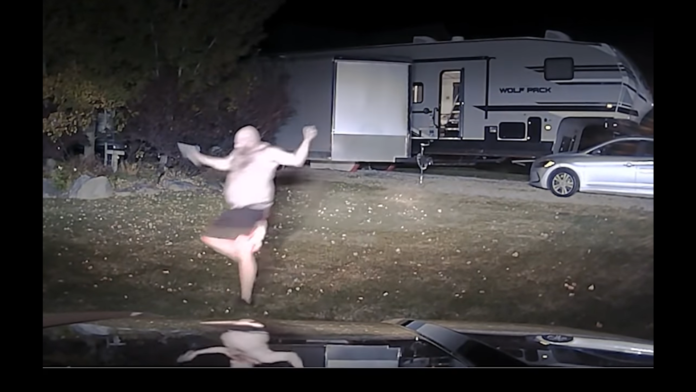 Huntsville, Utah — (Scroll Down For Video) — On October 23, 2020, Weber County Deputies responded to a residence in Huntsville, on the report of a suspicious male who had a handgun and had fired multiple shots into a trailer. Deputies arrived on scene and heard gun shots prior to arrival. Once they pulled up they started making announcements to have the suspect show himself and come out with his hands up, he instead charged at the officers with a gun pointed directly at them. After yelling several times, “Drop the gun!” deputies fired at least seven shots, killing the suspect. The object in the suspect’s hand was identified as a black .40 caliber Springfield XDm handgun. Suspect has been identified as Cody Hadley, who lived in the Huntsville area. Preliminary investigation interviews revealed Hadley was under the influence of Methamphetamine and was distraught over a family issue.