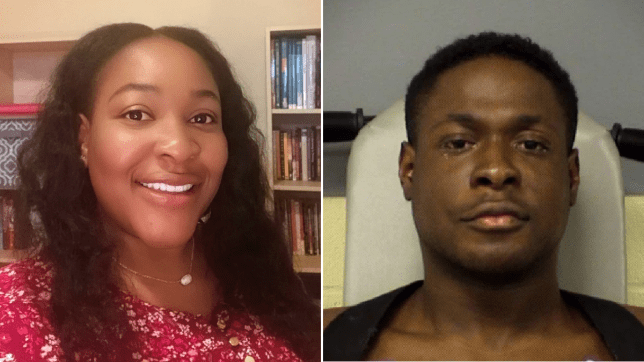 SAN ANTONIO, Texas — On Friday, December 27, at 4:57 PM, the Travis County Sheriff’s Office received a 911 call from the 16000 block of Vescovo Lane reporting a woman had been stabbed. Deputies arrived and found Jennifer Chioma Ebichi, 32 of Pflugerville with multiple stab wounds, lying on the kitchen floor of the home.

She was pronounced dead at the scene at 5:31 PM.

The victim’s brother, Michael Ify Egwuagu, 25 was arrested on scene and charged with murder. He confessed to the murder in a doorbell camera video, saying, “I killed Jennifer,” police say.

According to the affidavit, the victim’s twin brother said he received texts from Ebichi saying Egwuagu “was at the residence and was having a crisis.”

When the unnamed bother drove to the house, he found the victim dead and the suspect naked, kneeling in the street, appearing to pray. He was covered in blood with 8- to 10-inch bloody knife on the ground next to him.

The victim suffered “obvious injuries to her abdomen and face,” documents said.

A brother in Pflugerville is being charged with the stabbing death of his reportedly pregnant sister. 25YO Michael Egwuagu is in @TravisCoSheriff custody charged with murder. Deputies are conducting interviews and collecting evidence now. @cbsaustin pic.twitter.com/cwjHNAkzZE

Egwuagu is currently incarcerated at the Travis County Jail, bond set at $500,000.

Jennifer was pregnant. An autopsy confirmed she was in her first trimester of pregnancy.

Egwuagu played football for UTSA from 2013 to 2016. He was signed to the Chicago Bears roster as an undrafted free agent in 2017.

“We do not have any comment at this time except to say that this is a very painful and difficult time for the family,” Krista Chacona, an attorney for Egwuagu and the family, said in a statement. “We would ask that people please respect their privacy and allow them time to grieve.”