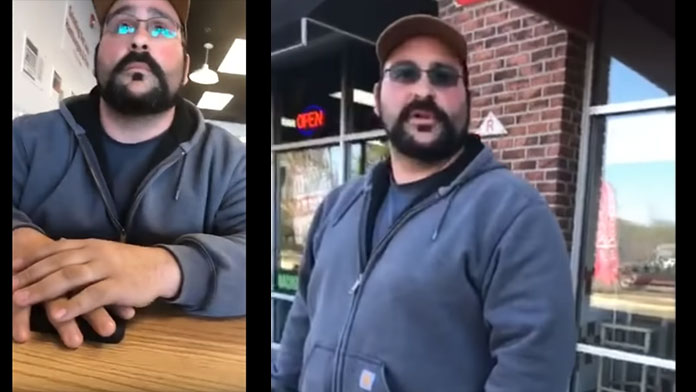 Phillip Stone, 33, of Lacey Township, was charged with Luring, as well as Attempted Sexual Assault.

On March 1, 2020, a private citizen uploaded a video to YouTube depicting a chat on the social media app Skout between himself, posing as a 14 year-old, and Stone. During the course of the chat, Stone solicited the person whom he believed to be a minor to have sexual relations, and it was agreed that they would meet at a specified location in Toms River.

At the arranged meeting place, Stone was filmed and confronted by the private citizen.

On March 2, 2020, the Ocean County Prosecutor’s Office High Tech Crime Unit and Special Victims Unit began an investigation into the authenticity of the uploaded video. Investigation revealed that Stone believed he was chatting with a minor, arranged the meeting, and had indeed solicited the minor for sexual relations. Stone was subsequently taken into custody and transported to the Toms River Police Department for processing. He is currently lodged in the Ocean County Jail pending a detention hearing.

“As I stated earlier, investigations into criminal activity should be left to law enforcement professionals. Taking the law into your own hands is dangerous. We are very fortunate that no one got hurt today and we were able to take a child predator off the street,” Prosecutor Billhimer stated.