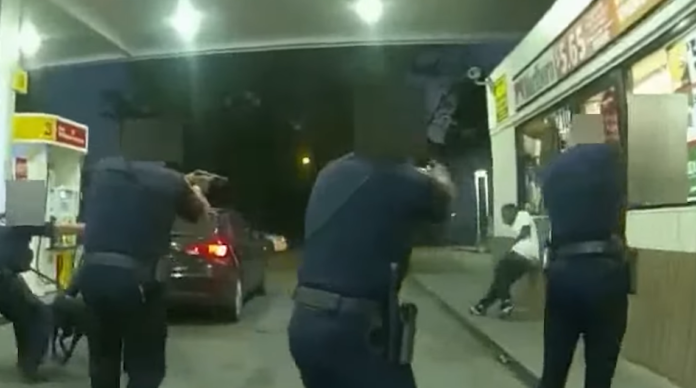 Lafayette, Louisiana — A Lafayette Parish grand jury decided not to indict any of the Lafayette Police officers involved in the shooting death of 31-year-old Trayford Pellerin. On Friday, August 21, 2020, at 7:43 pm, a 911 call was received complaining of a person in a Circle K at 1912 Evangeline Thruway in Lafayette, regarding a male customer who was walking around the store and scaring the customers. While the caller is on the phone, an officer arrives. Pellerin eventually left the store with a knife drawn in his left hand. Bodycam from the responding officer then is played. He spots Pellerin in the middle of the Thruway, and yells at him to come over to the police unit because “you’re going to get run over.”

Pellerin appears to hear him, but continues to walk away. The officer chases him on the shoulder on foot, and tries to shoot Pellerin with the taser. He continually tells Pellerin to get on the ground, as traffic passes on the thruway – including several 18-wheelers. It’s dusk and the vehicles have their lights on. Other officers respond, and can be seen blocking traffic as Pellerin runs across the thruway. The officer continues to chase him down the thruway, yelling at him to stop and get on the ground. He continues to walk toward a second store, as the first officer yells that the “taser won’t work.” As Pellerin approached the Shell store, knife still in hand, three of the five officers on the scene opened fire on him, shooting 11 rounds.