Yesterday afternoon, Fort Brown Border Patrol Station agents working near Brownville, Texas, observed a Ford Ranger pick-up ferried across the Rio Grande. Once the vehicle made landfall in the U.S., agents along with the Texas Department of Public Safety (DPS) troopers attempted to initiate a vehicle stop, the driver failed to yield. The vehicle sped toward the Rio Grande where the driver abandoned the truck and swam back to Mexico.

A pick-up truck carrying 565 lbs of marijuana was ferried over the Rio Grande to Brownsville, TX. The driver failed to yield to agents & swam back to Mexico, abandoning the vehicle and drugs.

Agents searched the vehicle and discovered 24 bundles of marijuana weighing approximately 565 pounds and valued over $452K. 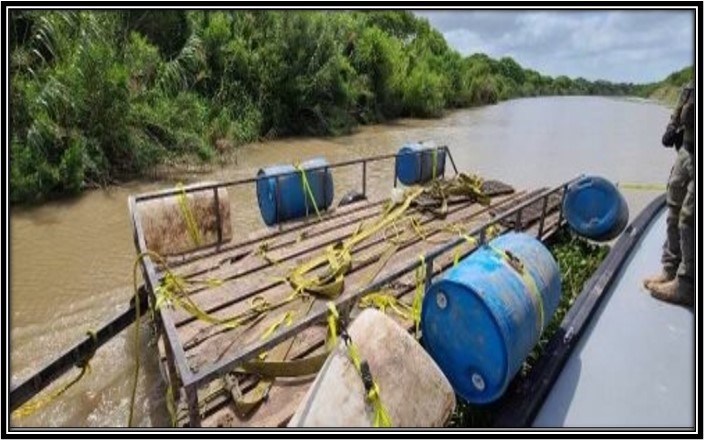 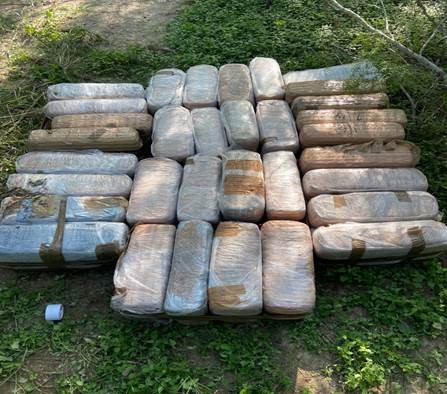 The vehicle and marijuana were turned over to DPS.

Hours later, RGV agents responded to suspected illegal activity near La Rosita, Texas. As agents arrived to the area, they observed shoe prints leading into the thick brush where several abandoned bundles of marijuana were located concealed under a tarp. Agents seized 33 bundles of marijuana weighing approximately 380 pounds and is worth over $305K. Agents searched the immediate area for individuals, however, none were located.