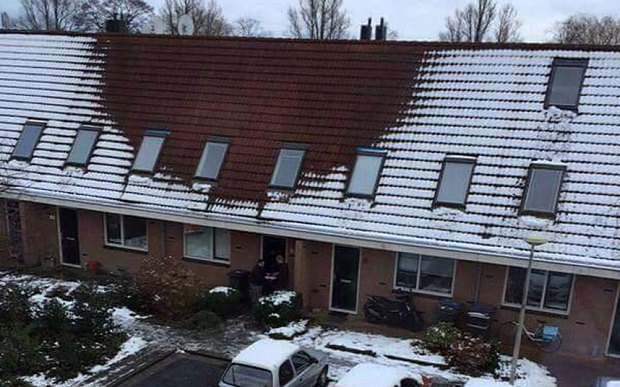 This after they noticed that his house was the only one in the street not covered in snow.

Dutch police have been using this technique to bust other growing operations in the area.

The Netherlands’ allows growing or possessing small amounts of marijuana. Although, large growing operations like the one in this picture are a crime.

Haarlem is a city and municipality in the Netherlands. It is the capital of the province of North Holland and is situated at the northern edge of the Randstad, one of the most populated metropolitan areas in Europe.