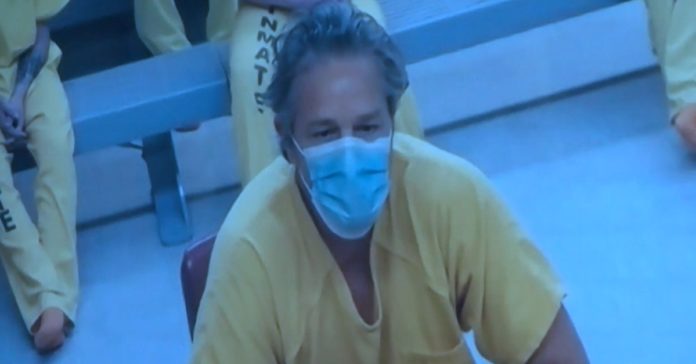 SPOKANE – A Washington State father has been charged with murder after he allegedly killed his daughter’s ex, whom he believed sold her into a sex trafficking ring.

On October 22nd, police officers responded to the area of 1800 E Everett due to an abandoned vehicle with a foul odor emanating from it.

Officers spoke with several people who said a dead body was in the trunk; officers verified human remains were in the car.

The victim was identified as 19-year-old Andrew Sorensen and on October 29th, 60-year-old John Eisenman was arrested for 1st degree murder.

The following is a synopsis of the circumstances from Spokane Police:

In October 2020 Eisenman learned his juvenile daughter was allegedly sold to a sex-trafficking organization in the Seattle area. Eisenman obtained information his daughter’s boyfriend (the deceased) may have been the one responsible for her sale. Eisenman was able to rescue his daughter and get her back to the Spokane area in October 2020.

In November 2020, Eisenman learned his daughter’s boyfriend was going to be at a location in Airway Heights, WA. Eisenman waited for the victim and confronted the 19-year-old as he arrived. During that encounter Eisenman abducted the victim, tying him up and placing him in the trunk of a vehicle. Eisenman subsequently assaulted the victim by hitting him in the head with a cinder block and then stabbed him repeatedly, causing his death.

After the homicide, Eisenman drove the vehicle to a remote area in North Spokane County and abandoned the car with the body still inside. The vehicle remained at that location until it was moved in October 2021 by a 3rd-party and driven to Spokane. At this point it is not believed the 3rd-party knew the body was in the trunk. The vehicle, with the body still in the trunk, was abandoned at the Everett location. While parked on Everett, individuals were rummaging through the car and taking items when they made the gruesome discovery.

Eisenman was taken into custody by law enforcement without incident.

Current information is that the homicide took place in Airway Heights. Airway Heights Police have assisted SPD in the investigation, and will continue to be involved as the case progresses.