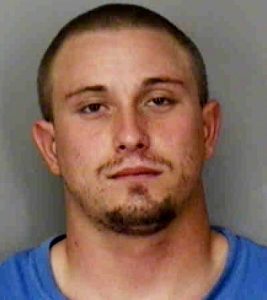 ORLANDO – A Florida man was sentenced to 60 years in federal prison Monday for sexually exploiting two minors and committing the offenses while required to register as a sex offender.

The court also ordered Simmerman to forfeit the electronic device he used to commit the offenses. Simmerman pleaded guilty January 27, 2020.

According to court documents, in 2013 Todd Joseph Simmerman, 30, Titusville, pleaded guilty to traveling to meet a child to engage in unlawful sexual conduct, after using a computer to lure a child, in violation of Florida law. As part of his sentence, he was required to register as a sex offender.

Six months after completing his state sentence, Simmerman met hired a 15-year-old to babysit his children at his computer repair shop. He later contacted the girl on Snapchat and enticed the child to engage in sexual activity. The child victim introduced Simmerman to a 15-year-old friend and Simmerman also preyed upon that child. Simmerman used his cellphone to record his sexually abusive encounters with both victims, which occurred over a period of about five months, until his arrest.

Court documents show that Simmerman wrote a judge, “While incarcerated I have found out that I am HIV positive, a horrible blow that has served to change my life.”

“This repeated child predator will spend the rest of his natural life in prison, thanks to HSI special agents and our partners at the Brevard County Sheriff’s Office,” said HSI Orlando Assistant Special Agent in Charge David J. Pezzutti. “While we cannot undo the damage of his horrible crimes, we hope that this sentence helps with the healing process for his victims.”

This investigation was conducted under HSI’s Operation Predator, an international initiative to protect children from sexual predators. Since the launch of Operation Predator in 2003, HSI has arrested more than 25,000 individuals for crimes against children, including the production and distribution of online child exploitation material, traveling overseas for sex with minors, and sex trafficking of children. In fiscal year 2019, more than 3,500 child predators were arrested by HSI special agents under this initiative and more than 1,000 victims identified or rescued.