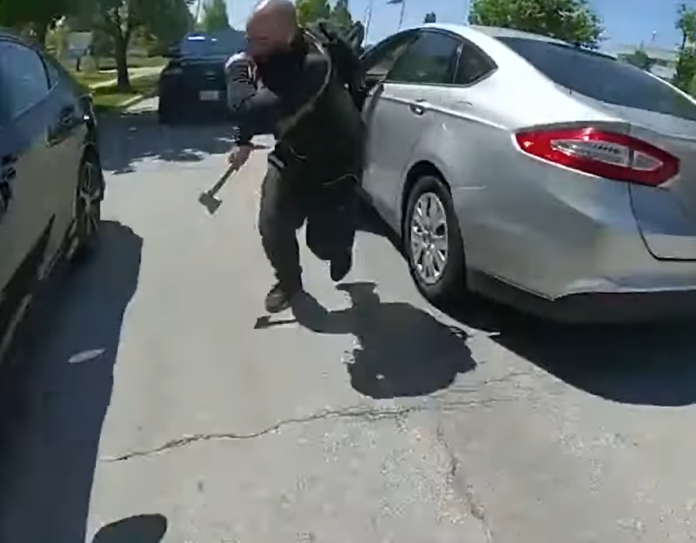 Naperville, Illinois — At 11 a.m. on June 3, 2022 a Naperville Police Officer conducted a traffic stop on northbound Bond Street, north of McDowell Road on Naperville’s northwest side. Approximately 12 minutes into the stop, an uninvolved vehicle pulled up next to the vehicle the officer had pulled over. A man quickly exited the vehicle and immediately charged at the officer with a hatchet in his hand.

The officer, a 22-year veteran of the Naperville Police Department, discharged his firearm, striking the subject. The suspect, a white male in his 20s, was transported to an area hospital, where he was pronounced deceased. Neither the officer nor any bystanders were physically injured.