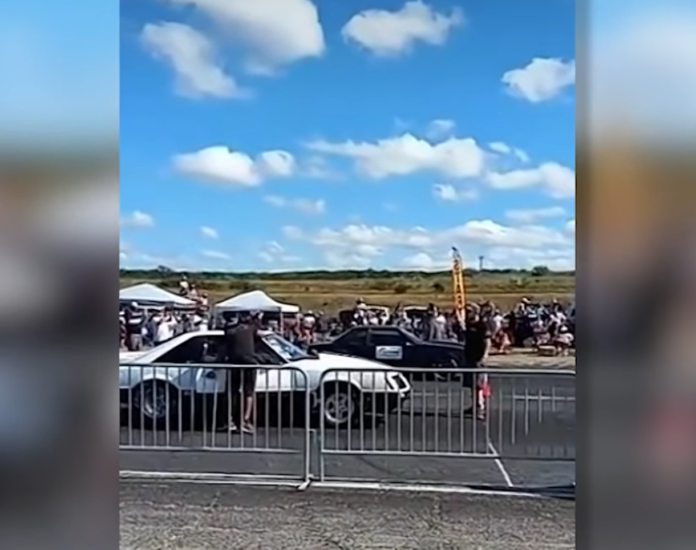 Authorities say two children were killed and at least eight others of various ages were injured after a car lost control at a Texas drag racing event Saturday night.

According to police, around 3:20 p.m., a vehicle at the event, “Airport Race Wars 2,” which was taking place at Kerrville Aviation, 1875 Airport Loop at Kerrville-Kerr County Airport, lost control and left the runway, crashing into parked vehicles and striking spectators who were watching the races.

The crash left two kids dead, a 6-year old boy who died at the scene, and an 8-year old boy who was transported to Peterson Regional Medical Center in Kerrville where he was pronounced deceased.

Two people were treated and released at the scene, and two children, a four year old boy and a three month old girl, were transported to Peterson Regional Medical Center by ambulance for precautionary evaluations.