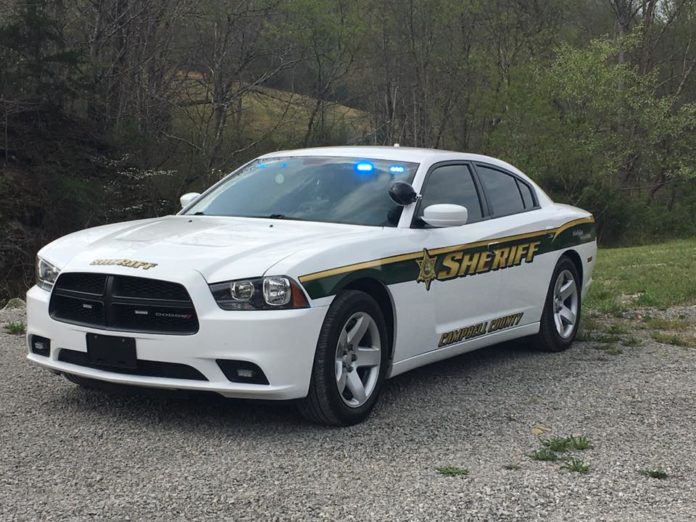 A topless Tennessee woman was charged with public intoxication after she was found chewing on a miniature horse’s mane.

WLAF reported: Campbell County Sheriff’s Deputies Joshua Jeffers and Brandon Gross went to the residence on the evening of Aug. 30 where the homeowner told them a female, who was later identified as Cynthia Lynn Teeple, was standing in the backyard and had taken her shirt off. The deputies went to the back of the home to a fenced area where she was standing with two miniature horses. Teeple was wearing a blue jean shorts, no shoes, and a bra, according to a report from the sheriff’s office. When asked where her shirt was, she looked down and did not know her shirt was missing. Gross found her shirt about 30 feet from her.

Jeffers had Teeple sit down for her safety, because she was allegedly unsteady on her feet and having involuntary muscle movements that caused her to stumble several times and almost fall. As Jeffers was speaking with her, he noticed that she had dirt on her lips, the inside of her mouth and had slurred speech. She did not know how she ended up where she was or who lived at the residence, according to the report.

Teeple admitted to taking methamphetamine the day before, the report said. The person who called police pointed out that Teeple had been eating grass and dirt from a fenced in area where there are horses. The complainant went on to say that Teeple had been chewing on the horse’s mane near its head. That prompted Teeple to tell Jeffers “the horses hair is made of laffy taffy and air head candy” based on the report.